President Barack Obama appointed White House deputy national security adviser Ben Rhodes to a post on the US Holocaust Memorial Museum’s council, the White House Reported Tuesday. Rhodes was probed by Congress over revelations that he served in his sensitive position as the president’s most trusted advisor despite the fact that he had not qualified for security clearances based on FBI background checks in 2008.

Rhodes, the son of an Episcopalian father from Texas and a Jewish mother, has been attacked by Jewish groups and media outlets over his role in selling the Iran nuclear to the American public. Rhodes admitted to misleading reporters regarding the actual timeline of US negotiations with Iran, saying he used young, inexperienced reporters to create an “echo chamber” in order to sway public opinion (and Democrats on the Hill) in favor of the deal.


Rhodes recently raised many eyebrows when he enlightened reporters about the “tens of thousands” of Jewish settlements in Judea and Samaria: “Again, I think the question is going to be when history looks at these types of decisions, when people look back and they say, you saw tens of thousands of settlements being constructed, you saw as was addressed in the resolution, incitement to violence on the Palestinian side.”

And so, in his characteristic manner, President Obama appointed a man with serious integrity issues to be on the board of an institution that deals daily with attacks on it veracity by forces looking to denigrate and deny the memory of the Holocaust.

Rhodes’ appointment to the Holocaust museum’s council could raise eyebrows in the Jewish community, which has clashed with Rhodes and the White House over the administration’s outreach to Iran and push to secure the contested nuclear agreement.

Or, as Obama put it in a statement: “I am proud that such experienced and committed individuals have agreed to serve the American people in these important roles. I know they will serve the American people well.” He was referring, besides Rhodes, to Valerie Jarrett and Susan Rice whom the president pawned off on the John F. Kennedy Center for the Performing Arts’ Board of Trustees. 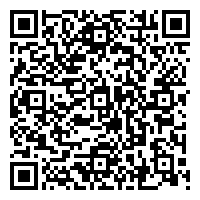