Secretary of State John Kerry’s rant at the Saban Forum was fascinating in that it illuminated everything that is wrong with the supporters of the two-state solution “peace” process.


The Saban Echo Chamber and the Trump Effect

There’s no better indication that either nearly all the participants of the Saban Forum are out of touch with what Israelis believe and reality itself, thus forming a Saban echo chamber, or the participants are too intimidated to publicly admit to their peers that they don’t support it, just like Americans were publicly afraid to disclose they were voting for Trump.

I got the impression from Jeffrey Goldberg’s tough questions, that Goldberg realizes and acknowledges there’s an incorrectable problem with the two-state solution “peace” process and Kerry’s perception of reality, but Goldberg is unable or unprepared to make that intellectual leap and reach the logical conclusion.

Peace with Other Arab Countries

I was honestly baffled at Kerry’s absolute insistence that an Israeli peace with the other Arab countries, including Egypt and Jordan, is predicated on peace with the “Palestinians.”

Kerry insisted that while the Arab countries need Israel’s expertise in areas like agriculture, technology and finance, they refuse to take it because of the “Palestinian” conflict.

First of all, if these Arab countries want to shoot themselves in the head, gei gezunterheit.

Egypt, under the non-fundamentalist Al-Sisi – whom the Obama administration pushed away, is discussing major cooperation projects with Israel, where Israel will assist Egypt in solar energy, agriculture, desalination, and even expanding tourism.

So, when Kerry includes Jordan and Egypt not taking what Israel has to offer, one has to wonder about his disconnect.

But here’s the real question. Which Arab states was John Kerry referring to, and are the real benefits to Israel so earth-shattering?

In this new Middle East, we already quietly get oil from Kurdish controlled Iraq.

Now that Erdogan is close to consolidating his position as Turkish dictator, he is calming down and making deals with Israel, especially over Israel’s natural gas.

Lebanon, for as long as it remains controlled by the Hezbollah terrorist organization and the Islamic regime in Iran, will never make any peace.

Syria, doesn’t exist anymore as a country, and no one is rushing there to eat Hummus in Damascus.

Iraq? Yemen? The Islamic State of Iran (who aren’t even Arabs, and don’t care about “Palestinians”)?

We already have quiet business happening with some of the Gulf states.

That pretty much just leaves Saudi Arabia, and personally, besides overflight permission for El Al, I could pass on them.

John Kerry doesn’t like how Israel turned out. He believes it’s not faithful to the original vision.

A nasty word directed at Kerry, is the only proper response I can think to such a condescending and false statement such as that.

There’s nothing more to say on that one.

Skipping Over the Peace Process

I found it instructive how Kerry completely avoided discussing and glossed over the only reason that Oslo II was stopped in its tracks – and that was the horrifying terror attacks by our so-called peace partners.

Terror attacks so extreme, that even then Prime Minister Shimon Peres threatened to end any further IDF pullouts if the attacks didn’t end.

Yet, he somehow expects Israel to not learn from history and experiences and what our own eyes see before us.

Jews, Settlers and Settlements and Obstacles to Peace

Let’s discuss settlements, that being an area dear to my heart.

Kerry says the vision of the settlers is to control all of Judea and Samaria and to prevent peace and a Palestinian state.

To the first part, I finally congratulate Kerry on finally saying something factually correct.

We “settlers” believe in greater Israel. We believe in applying sovereignty over all of Judea and Samaria.

On the last part, I congratulate Kerry on recognizing the truth, we “settlers” do not want a Palestinian state in the Land of Israel, in any form.

As for his middle part, that’s Kerry’s straw man argument. As the only vision for peace that Kerry will accept or consider is his repeatedly failed two-state solution.

Kerry only believes peace is possible on his terms.

He warns that Israel could become a “unitary” state. He claimed there are more Arabs on this side of the Jordan river than Jews.

He pooh-poohs any other idea and concept for peace as leading down the same road.

He then knocks down his straw men.

What is most amazing is how he bragged about all the “complicated”, convoluted, ridiculous and impossible to implement solutions he came up that he claims would allow Israel to maintain its security after evacuating strategic territories.

The man is capable of building absurd castles in the skies for implementing his peace process, but when it comes to challenges that applying sovereignty might encounter, Kerry can’t even conceive there might be any solution to the problem.

It’s a religion for him.

Just to Throw one Idea at Kerry

Yet Kerry acts as if no one advocating Sovereignty has any solution.

I have a simpler, less expensive, and less convoluted solution for his concerns.

I’ve spoken with a number of Arabs living under the Palestinian Authority regime, and they would love if Israel freed them from under the PA thumb.

But do you know what they want more than that?

If Kerry really was worried about the demographic problem and the future of Israel, he would find a way to offer a Green Card to every “Palestinian” family who chooses to voluntarily and permanently leave the Land of Israel.

He would get his peace partners in crime, France and the EU to offer the same.

Most of Gaza and the West Bank would likely be empty within a few months time.

Kerry has 6 weeks to implement this idea before Trump takes over and closes the borders.

Is Kerry really serious about peace? Or does his vision of peace only involve kicking indigenous Jews out of our ancient homeland?

After listening to his rant last night, the answer is self-evident. 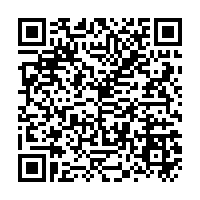