U.S. Secretary of State John Kerry looked tired Sunday afternoon (Dec. 4) as he sat down with lead columnist Jeff Goldberg of The Atlantic to address an Israeli-American audience at The Saban Forum in Washington, D.C.

Israel, he said, “is moving in the wrong direction.”


The United States, meanwhile, has “never ever shied away from vetoing a resolution or standing up against an unfair and biased resolution at the UN, at the Human Rights Council, at UNESCO, you name it!” Ever a loyal ally, America stands strong for Israel — but there is “no status quo” and as a friend who feels “genuinely passionate about Israel,” John Kerry felt duty bound to try to help Israelis correct course if possible.

The Secretary begin speaking at the time stamp 44:08.

“I have to share with you facts,” Kerry told the participants, after running down the list of benefits Israel had enjoyed under the administration of President Barack Obama. “I come to you as somebody who is concerned for the safety and the security of the State of Israel, for the long-term ability of the State of Israel to be able to be what it has dreamt of being, and what the people of Israel, I believe, want it to be.”

Apparently, Israel’s electoral process, its legislative branch via the Knesset, its parliament, and its judiciary via the High Court of Justice and its Supreme Court, apparently aren’t relevant as a reflection of that desire.

“I’m here as someone defending Israel’s need for security,” Kerry went on, adding, “The questions I raise about Israel are not because I don’t care about Israel, but because we do care,” suddenly switching to the magisterial “we” form.

“It’s because we want to be able to see this thing develop into the full-blossomed beacon that Israel has the potential of being,” he continued, listing the numerous fields in which Israel is leading the way, such as agriculture, technology and finance, pointing out how Israel could be “sharing with Egypt, with Jordan… (could it be that Mr. Secretary has forgotten Israel has peace treaties and natural resource agreements with both of these nations?) … with the Emirates, with Saudi Arabia, with all of these countries.”

But, he said, the issue is: “Where are we going?

“Let me tell you,” he warned, “There.will.be.no.separate.peace.between.Israel.and.the.Arab.world.

Kerry began a long discussion about the Oslo Accords, explaining their origin and sketching out a quick review of their progress and what he believes was the outcome. But the Secretary skipped over some parts, mixed up the timeline and didn’t mention all the terror attacks and violations by the Palestinian Authority that led to the Oslo Accords never quite being carried out the way the script was originally written.

“Now, when Oslo was signed in 1993, … there were 110,000 settlers in the West Bank. Today there are 385,000 settlers… about 90,000 settlers living outside of the barrier, and the barrier, I want to remind everyone here, was established by Israel. It’s a line — not a border, but still a line, established by Israel. There are 129 settlements, and there are about 100 outposts, and outposts, as you all know, are illegal,” Kerry said, his voice beginning to rise with outrage.

“Many of these outposts are built on what is considered to be private Palestinian land,” he stated, without offering a shred of proof, documentation, or even one source for the claim.

“Since Obama became president, the population outside of the barrier in the West Bank has increased by 20,000 people,” he said.

“Leaders, again, in Israel — certain leaders — are fond of saying, “well, the settlements aren’t the reason and the cause for the crisis. No, they’re not. I’m not pretending they are. I’m not here to tell you that the settlements are the reason for the conflict. No, they’re not. But I also cannot accept the notion that they do not affect the peace process. That they aren’t a barrier to the capacity to have peace.

“And I’ll tell you why I know that. Because the Left in Israel is telling everybody they are a barrier to peace and the Right that supports it, openly supports it, because they don’t want peace.

“They believe it’s the greater Israel. They are pursuing a policy of Greater Judea – Samaria, building out into the West Bank, because they believe it belongs to them, and they want it to block the peace!

“Because they want those places to belong to Israel. That’s the history of the settler movement, my friends.

“Out of the mouths of ministers in the current government come profoundly disturbing statements publicly, to whit: Naftali Bennett, said a few days ago, weeks ago, This represents the end of the era of the two-state solution. And, more than 50 percent of the ministers in the current government have publicly stated they are opposed to a Palestinian state, and there will be no Palestinian state.

“So this is the predicament. This is where we find ourselves… Let me give you the alternatives here, folks.

“What is your vision of a unitary state?

“Are you going to run the schools? Are you going to continue to have these roads that are completely checkpointed and blocked that lead to this little island all by itself of the settlement? And the Palestinians are going to live over here? (With this, the Secretary swept his hand over to the other side, a gesture to show isolation; a gesture that showed his frustration and angst.)

“Is it going to be a Jewish State?” Kerry asked. He sounded close to despair. 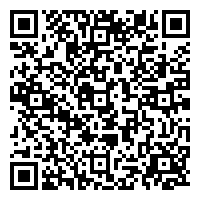