And perhaps from the shock of unexpectedly losing, MK Miki Zohar (Likud) said out loud that it looks like the Likud is heading to the opposition.

More than anyone, Bezalel Smotrich was proven absolutely right yesterday, that the Likud would be making a major mistake to rely on Mansour Abbas.

Abbas had the opportunity to show the Likud and other potential partners that he could and would be a trusted partner, and instead he made it clear to one and all, that every major event will be a negotiation, with his vote going to the highest bidder — and that’s no way to form a stable government.

And in doing so, Abbas also failed his own constituency.

Bennett and Shaked also made sure to put on their surprised faces after the vote, though I wonder how surprised they really were.

Still, it is very unclear how Lapid will be able to form a coalition (much less a stable coalition) when President Rivlin gives him the mandate. There are just too many pieces that don’t, that can’t, and that shouldn’t fit together.

But there might be another game going on within the right. And that game is to run out the clock to get to phase 3 of the mandate.

Assuming Lapid fails to form his Dr. Frankenstein coalition, Rivlin is likely to return the mandate to the Knesset for a free-for-all attempt. But this time, instead of everyone coalescing around Netanyahu as they did last time, a different MK from the Likud will be chosen to attempt to form the coalition.

Essentially, direct elections for Prime Minister, but only within the Knesset, and with every MK considering himself a candidate.

Yuli Edelstein is the most likely candidate that everyone on the right could coalesce around, but Nir Barkat is probably more popular within the Likud.

Netanyahu would be pushed (or is that putsched) aside, and then there would be no more impediments to Gidon Sa’ar joining a Likud led right-wing coalition, granting the coalition a stable majority.

It’s a dangerous game, but it looks like this might be the game that almost everyone on the right is actually playing. 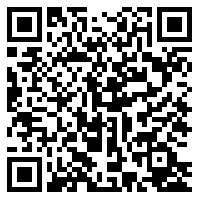