There was big drama Monday night at the Knesset after the plenum approved the proposal of a bloc of Netanyahu’s opponents on the composition of the organizing committee. All eyes were on Ra’am chairman Mahmoud Abbas, who voted against Netanyahu, but the PM focused his rage on someone else: Religious Zionism chairman Bezalel Smotrich.

The proposal passed with a majority of 60 supporters against 51 opponents after the Ra’am party had killed a Likud proposal that had the support of Prime Minister Benjamin Netanyahu and Yamina chairman Naftali Bennett.


The reason for Ra’am chairman MK Mansour Abbas’ betrayal of his presumed partner, Netanyahu, was apparently a message to the PM not to take Ra’am for granted. Had the Netanyahu-Bennett proposal won, Ra’am would have lost its power to decide the fate of the right-wing coalition government.

Also, in his talks with Yesh Atid leader Yair Lapid, the latter promised Abbas a deputy-Speaker post, a seat on the Knesset finance committee, and chairmanship of a special, new committee to deal with crime in Arab society. Those are powerful positions which—should Lapid ever become the prime minister—would further push Ra’am as the most effective representative of Israeli Arabs, at the expense of the Joint Arab List.

After the Likud had lost the crucial vote on the composition of the organizing committee, the prime minister pointed an accusing finger at Smotrich, telling senior party officials: “He failed us,” Reshet Bet radio reported Tuesday morning. Netanyahu added that “it was Smotrich’s provocation of Ra’am that caused Mansour Abbas to move to the other side.”

Talk about blaming the victim. Netanyahu should read Religious Zionism MK Orit Strock’s tweet that warned: “What has just happened in the plenum illustrates better than any other scenario how bad it would be to base a coalition on Ra’am. Today it is the organizing committee, tomorrow an operation in Gaza.” Meaning that Netanyahu’s government could be toppled by Ra’am over security conflicts with Hamas or the Palestinian Authority.

Organizing Committee Chairman Mickey Zohar (Likud), who will keep his post as long as the mandate to form the government is Benjamin Netanyahu’s hands, discovered that he did not have a majority to approve committee picks of the deputy Knesset speakers, as well as the composition of the various committees and dispersed the committee meeting. Since the Likud does not have a majority in this key committee, the question now is whether Zohar will prevent its convening in order to block anti-Netanyahu moves. Refusing to convene the committee means paralysis of the workings of the Knesset. The Organizing Committee is the body authorized to establish the temporary Foreign Affairs and Defense Committee and the Finance Committee – the only two committees that must continue to function even in the interim period until the formation of a coalition government.

Reshet Bet reported on Tuesday that Netanyahu’s circle is debating whether to return the mandate to the president right now and surprise the Lapid bloc that has not yet reached agreements with all its potential supporters and is not ready at this stage to accept the mandate. Others in the PM’s circle are pushing to exhaust the full 28 days of the mandate.

MK Miki Levy (Yesh Atid) told Reshet Bet: “It will all be over in two weeks when Netanyahu’s mandate expires.” Levy believes President Rivlin would then “do the right thing for the State of Israel” and hand the mandate to Lapid.

Except that, at the moment, Lapid simply doesn’t have the needed 61 votes, even with the support of both Arab factions – never mind whether Avigdor Liberman, Gideon Sa’ar, and Naftali Bennett are ready to bet their political future on a combo that involves the Arabs. After all, the agendas of all three gentlemen is a good fifty percent about what to do with the Arabs—internally and in the PA and Hamas’ governed areas. Even if they were to trust these strange bedfellows, how could they possibly find compromises with them? And come to think of it, what do these three gentlemen have in common with Meretz chairman Nitzan Horowitz or Labor chairwoman Merav Michaeli?

And so, with or without the president’s letting Lapid have a go at forging a new government, it would fail. Which leads us to the only positive, dare I say inevitable outcome.

After Lapid returns his mandate to Rivlin, the president will throw it to the Knesset with a two-week deadline. At that point, the post of prime minister will be offered to a senior Likud MK—right now the names that are being bandied about are Israel Katz, Yuli Edelstein, or Nir Barkat. The argument is simple: Bibi is out of the running, no one wants fifth elections, why not give another Likudnuik the ball.

Do the math – it’s 65. Gideon Sa’ar does not object to a Likud-led government, he only wants one without Netanyahu. The Haredim will be delighted to do business with either of the three senior Likudniks who all have a long history and cooperation with the Haredi parties. Smotrich and Bennett will get nice portfolios, hopefully, Ayelet Shaked will take back Justice (my only pony in this race). This right-wing government will be pro-settlements, fiscally conservative, and strong on defense. And, most important – it will last the full four years.

Just be patient. Netanyahu needs to leave his post in an organic and dignified way – by stating his failure to cobble together a coalition government. The rest of the pieces will also organically fall into place. The process should project stability and responsibility, not cantankerous infighting. And then, in about a month, with God’s help, Israel will have the new government it deserves. 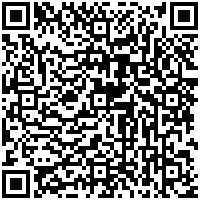