Back in June I predicted we would see a military coup in Egypt, Muslim Brotherhood members killed, Morsi who knows where, and Mubarak back in the reins.

The first 3 have happened, and now I just read in JewishPress.com that Mubarak may be out of jail in less than a week.

Meanwhile the NYTimes is blaming Israel for wanting the Egyptian military back in charge, instead of Islamic radicals.

I find that amusing, because America should want it too – if they wanted a stable, functioning Egypt and to keep the peace treaty viable (which they are guarantors for).

But unfortunately, Obama seems to think the Muslim Brotherhood is the way to go, so he keeps betting on their apocalyptic horse, and if he can’t get Islam in control over Egypt, well, then he’ll try to bring them into power in Judea and Samaria by creating an opening for Hamas to take over there.

Anyway, the point of this post is simply to toot my own horn, and thank the blogger, Daled Amos, for reminding me of my Mubarak prediction. 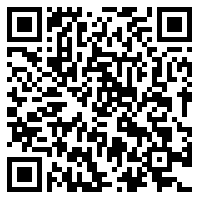