Many of you who have been following the Muqata FB page know about the Israeli-Arab Zionist teenager, Mohammed Zoabi – who proudly expressed his support for Israel, and not only condemned the kidnapping of the 3 Jewish teens this summer (as opposed to his infamous cousin, MK Hanin Zoabi — the Hamas cheerleader in the Knesset), yet young Mohammed also threatened the terrorist kidnappers that they should return the kidnapped teens safe and sound if they knew what was good for them.

Mohammed was ultimately correct, and while the 3 teens were already murdered at the time unbeknownst to us all, — the terrorists who kidnapped and murdered the teens were all killed by the IDF.


Unfortunately, while Mohammad is a great example of loyalty, he received death threats and the police even uncovered a kidnapping plot against him — by his own relatives!

They planned to take him to a PA controlled city…for him to be “reprogrammed” and taught a lesson what happens when an Israeli Arab dares express loyalty to the State of Israel.

We reported all this while it was happening, and then Mohammed went underground for his own safety.

We respected his privacy…and kept him out of our newsfeed.

Today… in an article in Yisrael HaYom, we learn that not only has Mohammed gone underground — he has LEFT ISRAEL for his own safety.

What a tragedy that a brave Arab teenager has to flee Israel — the same revolting Palestinian terrorism that he spoke out against, has been used against him to silence his criticism of terrorism and his loyalty to the State of Israel.

Mohammed Zoabi — where ever you are, we pray for your safety, and thank you for your loyalty.

Jameel and The Muqata Staff. 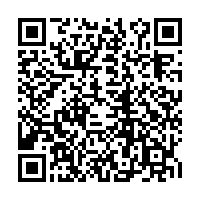