Is it just me, or does everyone roll their eyes when someone says ‘there is always a silver lining’?

Positivity is important, but sometimes it’s extremely difficult to find.


In life, there are bound to be times of hardships. If I’m going to be honest, the past several months have been tough. Forget life being a rollercoaster, I’d say it was more like a free fall with frequent smacks against the wall.

So I’ve been trying to be accepting of the bad things that G-d dishes out, knowing it’s always for the best. But it’s not easy – in fact, it’s probably one of the hardest things to do. When you’re suffering, your initial thought is Why me? rather than Thank you G-d for testing me!

But that’s what it’s got to be – an initial thought. If we don’t see G-d as the puppet-master pulling the strings, then we’re on our own. Imagine that – being alone in the ridiculous world we have today. That’s not something I’d dwell on, not even for a moment.

However, some people aren’t at the stage of recognizing Hashem’s existence. In theory they do, or at least they tell themselves they do, but in reality is the recognition truly there?

A number of years ago, a teacher told me a story that’s stayed with me forever. It was a tale of a man who went to the beach every single day to watch sunrise. This man was a non-believer. One day, something appeared to him and said I am the creator of this land, the riser of the sun; I can prove it and will do so every day. So he split the sea and the man was enthralled, rushing off to gather his friends and family.

He frantically explained what had happened and dragged them all down to the spot he occupied earlier which was empty. Angry at the interruption, the people rebuked him for wasting their time. He explained it will happen again, at sunrise tomorrow, and begged they return to witness this momentous occasion.

Sunrise came and surprisingly the people gathered. To the delight of the man, the ocean split once more. Shocked, the people praised the man and left knowing their belief system had changed permanently. There was a higher power and there was no question about it. But over time, their children, grandchildren and even great-grandchildren lost this faith. Why, you ask? It’s because they gave it a new name – nature.

Their idea of nature not only included the sunrise, but now the sea splitting too because it was expected. No longer was it a phenomenon because it happened every day. It’s simply how the world works, they told themselves. This is exactly what happened in the years between 2448 and 5777.

So every time my faith starts to chip away, I remind myself of this. Every day, the world keeps on turning, the birds sing, the rain falls (sometimes more often than I’d like) and my eyes open once more. Some may call it nature – I call it G-d.

Coming to that acceptance is a long road filled with a pothole here and there. I’d say recognising a higher power is probably one of the most difficult things to do because it’s putting your belief into something that hasn’t physically been proven in front of your eyes. To use Oxford English Dictionary’s definition of faith, it is strong belief in the doctrines of a religion, based on spiritual conviction rather than proof.

While we lavish in the good times and praise G-d, we must suffer through the bad ones….and STILL praise G-d because He knows what He’s doing. He knows what we need and what we don’t. I take inspiration from the Holocaust survivors who still proudly don their tallit and tefillin every day after what they’ve been through because they understand this better than most.

Encompassing this in everyday life is easier said than done, that’s for sure; but we have to try. It’s a big, bad world out there so unless we know something’s in control, we can get lost in worry. Knowing we’ve got someone fighting our corner can bring the positivity we need to face every turn.

We’re not alone and never will be. 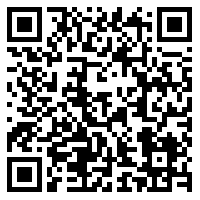