Of all the leftwing distortions of the Knesset’s Monday night vote to protect Jewish settlements in Judea and Samaria from the war through the courts waged against them by foreign-funded NGOs, the most outlandish must have been a tweet from MK Tzipi Livni (currently the Zionist Camp) that read: “A bad day in Israel’s history. An extremist, aggressive minority, protected by a weak leader, is leading all of us to Masada. We must replace them – this is a war over our home.”


Mind you, the 120-member Knesset passed the new law by a 60 to 52 vote. Incidentally, Tzipi Livni’s Kadima government pushed through the 2005 Gush Katif expulsion following a referendum in which 65% of the voters objected to the disengagement plan, and with only 59 Knesset members supporting it. So much for “extremist minority.”

Another, equally enraging distortion, was the leftwing media, such as Ha’aretz, calling the new law “the expropriation law.” Words hurt. By referring to the Regulation Act, intended to pay 125% of market value to Arab claimants (inside the “green line,” claimants are only entitled to fair market value plus interest), as a law enabling wholesale land theft, the left is launching a desperate language war against the inevitable right-tilting of Israel’s center. So, from this point forward, readers should know, when a Jewish newspaper abroad refers to the new legislation as “regulation,” it’s using the law’s official title; when they use “appropriation,” they’re against it.

Moments after the law was passed, the three main anti-Zionist NGOs who made it necessary in the first place, Peace Now, Adalah, and Yesh Din, announced they would appeal it at the Supreme Court. Israel’s Supreme Court does not require proof of personal damage from the appealed legislation, nor does it insist on letting appeals begin at lower judicial hierarchies – in Israel you can go straight to the top and appeal whatever you hate about the country’s laws, new and old. It’s the devious way the court is able to function both as the judiciary and, when it sees fit, as a majority member of the Knesset.

Add to that the fact that Peace Now, Adalah, and Yesh Din are major recipients of millions of dollars annually from anti-Israeli governments and organizations, and you’ll soon realize the Knesset legally elected rightwing majority really is an extreme minority, facing the monetary might of half of Europe and a hostile High Court. 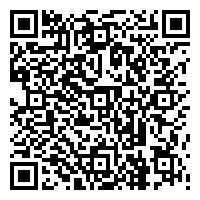