It’s the festival we have all grown to know and love. Some say Rosh Hashana or Yom Kippur are the pinnacle holidays, but I believe Pesach truly defines us.

Pesach is about the Jews’ plight to freedom from the clutches of Pharaoh and the Egyptians. The story is famous, but not just amongst ourselves. It was that moment in history that we unified as a people and walked towards the acceptance of the Torah and its laws.


Throughout the ages, persecution has been a recurring theme for our religion. Be it expulsion, pogroms, holocausts or mass-murder, new faces have risen to direct hatred toward us. Many have tried to rid the world of each and every one of us, but not once have they managed to succeed.

When I sat down for this year’s seder, surrounded by family, we discussed the story in detail. We spoke about our forefathers; the inhumane work they were forced to do, the murder of newborn babies and the heinous attacks they received. Yet, putting things into a modern-day perspective, we could have been reviewing the events of the past century.

Times may have changed, yet the oppression continues on.

Admittedly, there are some stories through our history that are difficult to envisage. For instance, the flood that destroyed the world besides for Noah and his children; it’s easy to understand the concept, but to imagine it actually taking place is hard. Or the idea that Lott’s wife, after turning around to watch the destruction of their city, changed into a pillar of salt. However, I don’t think anyone can deny how simple it is to comprehend the grief our ancestors had for hundreds of years. It’s relatable because it’s repeated so frequently.

The struggle faced in Egypt became the past. It may have happened millenniums ago but the message of endurance is still applicable. We are not in slavery but symbolically, we are bound together through a different type of chains.

So what should we understand that we can take into our lives in the 21st century?

When the tribes first went down to Egypt, Yosef was an important figure. His father and brothers settled comfortably and started to adapt to their changed surroundings. Food and water were in abundance in contrast to what they had just come from. Easily, their trust grew in this new country and its leader because their means and day-to-day existence became better and more relaxed.

Generation after generation continued to settle there, steadfast in the knowledge that they were welcomed like royalty decades before. Over time, Yosef and his brothers passed away, leaving behind their grandchildren and great-grandchildren in a land that was never going to be their real home.

A new king rose to power, decidedly ignorant to why the Jews deserved any right to be treated well. They became complacent and thought that this is where they belonged. Little did they know what trauma was awaiting them in the future.

This is the original story of our survival. The reason why this tale is so famous is because it shows that G-d is always there, forever in the background, no matter how cloudy it may seem.

If you changed the details to concentration camps, Nazis and Europe, surely the resemblance is more than apparent?

It doesn’t matter what they dress up as or what they’re called, the original Pharaoh and his henchmen are still here. The Egyptians, Greeks, Romans and Nazis have all been defeated, but this story remains the essence of our identity because it serves as a harrowing reminder.

I’ve grown to realize that the message of the Pesach story is in actual fact a warning against this feeling. When we start to feel accepted, that is when we should be worried. Our trials and tribulations strengthen our faith and unity. We are our strongest when we are united, and we are never more united than when we feel pain. We are not free, we never will be.

One day, eagle’s wings will approach, and with that, our redemption will at last be final. 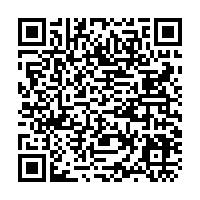