While Palestinian refugees are scattered over several countries and given few rights by their Arab hosts, and while they live in various states of dependence in Gaza and the West Bank, resolution of their status is delayed decade after decade, with occasional lip service paid to a negotiated two-state solution — the magic solution that would supposedly cure everything!

Who should be blamed for this? Most of the world is quick to blame Israel. I do not blame Israel for one second. The Jews accepted the UN partition plan of 1947 which would have given the Palestinians a state more viable than what was given to the Jews, but the Arab states convinced the Palestinians that it was a bad deal, and the Palestinians have been rejecting all opportunities for a state ever since.

The Arab states, many Europeans and the so-called “pro-Palestinian” movement have been using the same tactic since 1948 – keep the Palestinians in poverty, victimhood, and dependence so that Israel can be blamed, with the hope that Israel would lose legitimacy and its Jewish residents would be thrown into the sea or they would pack up and leave. Obviously it has not worked and it never will, but it has created what seems a carefully-planned hate culture for the Palestinians. This hate culture started from traditional Arab anti-Semitism, was combined with European anti-Semitism and has evolved into the most notorious and possibly the worst culture of hate on earth today. Less than a week ago, in the official Friday sermon on official Palestinian Authority (PA) television — not Hamas — the PA preacher was praying for genocide:

“Allah, punish Your enemies, the enemies of religion, count their numbers and kill them to the last one, and bring them a black day. Allah, punish the wicked Jews, and those among the atheists who help them. Allah, we ask that You bestow upon us respect and honor by enabling us to repel them, and we ask You to save us from their evil.”

All attempts by the U.S. to facilitate a final-status agreement between Israel and the Palestinians have failed. Has any reasonable person really expected those attempts to succeed?

Palestinian Authority President Mahmoud Abbas claims that he wants a Palestinian state in Gaza and the West Bank, yet he refused it when it was offered to him because he knows that he cannot sell any reasonable solution to his people. He knows that Palestinians have been taught for generations to believe that the only solution is the end of the Jewish state, and he and his predecessor Yasser Arafat hold a huge part of responsibility in that brainwashing.

Peace cannot be achieved as if by magic. Teach the Palestinians the values that bring peace (acceptance of differences, religious tolerance, and non-violent conflict resolution) rather than the lies that bring hate. Stop the anti-Israel incitement and maybe in a generation or two, the Palestinians will be ready for peace. These are the values taught all over the liberal democratic world, including Israel, but somehow, when it comes to Arabs, all expectations of socialized behavior are thrown out the window.

That peace requires — first — the end of the Palestinian culture of hate is obvious; yet this point is rarely made except by Israel and its supporters. Somehow, people expect to resolve a conflict without neutralizing the root cause of that conflict: teaching hate. Apparently, no one wants to face the reality that fighting hate is far harder than fighting warplanes, armored vehicles, missiles, or armies. But far more important.

When well-meaning but naïve (or disingenuous) people talk about how “both sides” in the conflict are at fault, I get nauseated. While it is technically true that both sides have faults, the imbalance is so great that the analogy is not only meaningless, but, more importantly, dangerous. It papers over the most fundamental issue in this conflict — the need to resolve the huge moral failure on the Arab side, its anti-Semitic hatred.

Resolving the hatred would finally allow Palestinians to look after their own interests rather than be obsessed and distracted with damaging the interests of Israel. They would find that their interests are quite consistent with those of Israel, and that peace would bring them huge dividends. They would be able to see these facts because they would no longer be blinded by hate.

Teach Peace: This is the solution that Western politicians urgently need to talk about when they meet Palestinian officials. It should be at the start, at the middle, and at the end of every meeting and every speech, and all funding should be made contingent on it and strictly linked to it.

Until this approach is adopted, there is really no point in talking about a negotiated two-state solution. 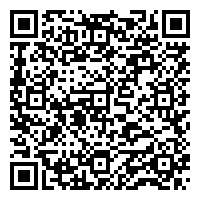