There is an oped in Haaretz (where else?) by the head of the ICRC delegation in Israel arguing that

…contrary to what is claimed in the Levy report, it is manifestly clear that the West Bank is occupied by Israel…Furthermore, concerning the settlements in the West Bank, it has to be emphasized that Article 49 (6 ) of the Fourth Geneva Convention, which prohibits a state from transferring parts of its own civilian population to territory it occupies, does not merely prohibit the occupying state from forcefully transferring parts of its population; it also prohibits any action by the occupier which facilitates such transfer.  The ICRC commentary on the Fourth Geneva Convention makes clear that Article 49 (6 ), like the convention as a whole, aims to protect the local population in the occupied territory and not the population of the occupying state. Furthermore, international humanitarian law prohibits any action by an occupying power aimed at altering the intrinsic characteristics of the occupied territory, including any measures that affect its demographic, cultural or social composition.

This is a stupid article.  Of course a territory can be occupied, but legally or illegally is the question.  I am at the present occupying the chair I am seated in.  So what?  What Schaerer is trying to prove, that Israel is engaged in “illegality”, is a flop.  Without referring to the history of the claims to sovereignty, one would never know that what happened in 1939, i.e., the illegal move by Gt. Britian to alter the terms of the Mandate by the League of Nations, followed by the Arab rejection of Partition, to the annexation of Judea & Samaria by Jordan, the ongoing terror since 1947 and the threat of war in 1967, which all lead to a legal justification for Israel to occupy Judea and Samaria, to facilitated “close Jewish settlement” therein, including the use of “state and waste lands”.  There is no crime of “settlement” involved and the defensive war Israel was required to wage gives Israel all rights to be in the area.  The throw-in of “transferring” is ridiculous as Jews lived in the areas of Judea, Samaria and Gaza for centuries prior to 1947-49 and it was only because of a policy of ethnic cleansing practiced by Arabs during the Mandate and the War of Independence – Schaerer knows of those illegal  acts, does he not? – that Jews were not there in 1967.

We Jews are returning, not transferring oursleves or being transferred.


I think the Red Cross should be red-faced after this travesty of law and history. 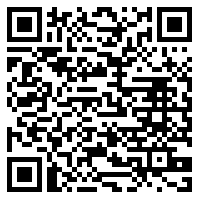