During the Republican National Convention, Vice Presidential candidate Paul Ryan made a statement that has stayed with me. He said that President Obama is not a bad man. He is just a bad President.

I do not agree with the latter part of that statement. He is not a bad President. More on that later. What I want to focus on first is that he is not only not a bad man – he is a good and decent man. A caring individual who truly wants to serve the American people and has tried to do so to the best of his ability for the past four years .


Whether he has been successful at any level is a matter of debate. But one can certainly not fault his sincerity or intentions. He is a good man. One that deserves our respect, not only as President of the United States, but as a Mentch.

This was amply demonstrated by a press conference held yesterday in New Jersey. Democrat President Obama stood next to Republican Governor Chris Christie and promised the people of New Jersey and all other victims of Hurricane Sandy that the U.S. government will do everything it can to alleviate their pain. He promised that red tape will be eliminated and that the government has learned from past experiences how to more expeditiously serve the victims of natural disasters. That remains to be seen but I somehow think it will happen. Especially now when his re-election may depend on it.

But I would posit that it would happen anyway. The President cares about the victims and is determined to help them as quickly as possible. To that end Governor Christie has praised the President. From Matzav:

“I have to give the president great credit,” Christie, who delivered the keynote address at Romney’s nominating convention, said on the Fox News Channel. “He’s done, as far as I’m concerned, a great job for New Jersey.”

Just as the President is a good and honorable man, so too is Governor Christie – giving the President credit when it is due despite his harsh political attack against him during the convention. It is to the shame of Matzav that they have politicized this. Instead of joining Governor Christie in recognizing the “great job” he’s done for New Jersey, the home of Lakewood Yeshiva, they used the following headline for this story:

Very disappointed in Matzav. One can only surmise that they actually hate the President. It is as though they think he is some sort of closet anti Semite! If they don’t hate him why do they use the most unflattering picture they can find whenever he is the subject of one of their posts?!

I know all the reasons given as to why they don’t like him. Reasons that I do not agree with. Matzav has much company along those lines. But there is no excuse for politicizing a tragedy like this.

Let us examine for a moment the charge that he is some kind of anti Semite. It can’t be for his lack of support of the state of Israel. Because as I have pointed out many times that wouldn’t be true. Is it because of his former association with the Reverend Jeremiah Wright (he was his pastor) – who is demonstrably anti-Semitic? That argument may have played well during the first election 4 years ago. But any claims to that effect now are simply wrong and so ridiculous that one would have to be blind deaf and dumb to believe it.

The fact is that he not only respects the Jewish people, he respects those of us who observe the Mitzvos. So much so that he actually goes out of his way to make sure observant Jews in his administration do not violate Halacha. If that is a surprise to anyone they should read an article about the President’s relationship with his Chief of Staff, Jack Lew, an Orthodox Jew. From theForward article:

When Jack Lew was appointed chief of staff to President Obama in January, many in the Jewish community wondered how he could observe Shabbat in such a demanding position.

Luckily, Lew has the most powerful man in the world to keep track of time as the sun starts to dip low in the sky on Friday afternoons.

“I saw the president on many occasions on Friday afternoons look at his watch, and ask: ‘Isn’t it time for you to get going?’” Lew said, “or, ‘Why are you still here?’ The president was not checking the clock “because he doesn’t think I can keep time,” Lew said. Rather, the extra care on this issue reflects the President’s wish “to remind me that it’s important to him, not just to me, that I be able to make that balance.”

Lew, who is Orthodox, revealed the details about his keeping Shabbat in an extraordinary interview with the Forward that touched on his need to observe the Jewish holy day.

“And he’s respected that time and again,” the chief of staff said of Obama.

So much for his anti-Semitism!

One thing this storm has done is to give the President an advantage in the election this coming Tuesday. If there are no glitches, the President gets to look Presidential. This is something Romney can’t do. He is only a candidate. He can replace campaign speeches at political rallies with humanitarian drives for victims of the hurricane. But that is not the same as standing with the governor of the most devastated state and promising them all the federal help he can – as quickly as he can. Romney cannot look Presidential because he is not the President. Yet (if ever).

This will surely tip the close race in the President’s favor. But I hope it doesn’t. Although as I said above, I don’t think Obama is a bad President, I don’t think he is the best President for the country right now for reasons I stated in my post endorsing Romney. Reasons having to do with the economy and foreign policy.

We need a change at the top. That is still the bottom line for me. I am grateful for the service the President has given to this country and for the good and decent man that he is. But it takes more than that to be a good President.

Does Romney have what it takes? I’m not sure, but I don’t think four more years of Obama will change the domestic and foreign situation for the better all that much. It’s time to let someone else try. I don’t think anyone world say that Romney is not a good and decent man – much the same way the President is. Let’s hope he’s elected and makes a better President. 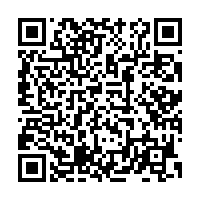