a.   It seems that Mr. Netanyahu wishes to define the country as the nation-state solely of the Jews.

b.   Israel’s first right-wing prime minister, Menachem Begin, did not make the 1979 Camp David agreement with Egypt conditional on recognition of Israel as a Jewish state.

c.   The suggestion that Israel should be recognized as a Jewish state emerged clearly after the Israeli army’s offensive in Gaza, Operation Cast Lead.

d.   It seems that the idea only became a matter of apparent Zionist conviction with the formation of Mr. Netanyahu’s coalition with far-right parties in 2009.

e.   For many of the early Zionists, a “Jewish state” meant a state with a Jewish majority in which the Jews could exercise national self-determination. It did not mean an exclusive state of only Jews. Nor did it suggest an implicit “transfer” of its Arab inhabitants. Even Vladimir Jabotinsky, the revered forefather of the Israeli right and a close associate of Mr. Netanyahu’s father, remarked in January 1938 that “it must be hateful for any Jew to think that the rebirth of a Jewish state should ever be linked with such an odious suggestion as the removal of its non-Jewish citizens.”

f.   In the context of the unresolved situation on the West Bank, it purports to elevate Jewishness over democratic norms.

“The State of Israel is a Jewish and democratic state. Our basic laws give full expression to the democratic side of the state. We do this by providing full equal rights to every citizen in Israel…

But the foundation of the existence of the State of Israel stems from its being the national home of the Jewish People and from the Jewish People’s deep links to the Land of Israel. Of course, there are those who do not want the State of Israel to be defined [so]…They want a Palestinian nation-state to be established alongside us and that Israel should gradually become a binational, Arab-Jewish state inside shrunken borders…

…during the previous government’s term, proposed a draft law on this issue, I announced immediately that I would support it…

If anyone can claim, even in the pages of the New York Times which gets its “facts” about Israel wrong on too many occasions, that what Prof. Shindler (whom I know personally) asserted and what Netanyahu said are similar, I guess there is something wrong with their reading glasses.

NY: No Way Sleep Away; Camps: Governor Is Discriminating Court Will Rule Soon As Matter Is Time Sensitive 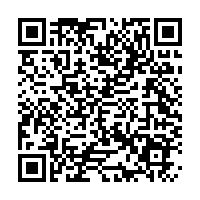