Jerusalem, May 30 – Two teenage suspects in the stabbing attack on several Holocaust survivors two weeks ago were arrested today, reigniting the question in Palestinian society as to what offensive strategy to adopt once the survivors die out of old age and there are none left to stab.

The suspects allegedly attacked a group of elderly women at a promenade overlooking the Old City of Jerusalem, injuring two. Whether or not the suspects in question are indicted or brought to trial, the prospect of having no more Holocaust survivors to stab or otherwise attack has Palestinian strategists and thinkers debating what approach to take once the last survivor perishes. Bir Zeit University in Ramallah is scheduled to hold a conference next week on the subject.

In a rare show of unity, the conference is expected to bring together representatives of various Palestinian factions bitterly, often violently, opposed to each other, such as Hamas and Fatah. However, the dwindling number of Holocaust survivors to stab has prompted even those quarreling groups to set aside their differences, however temporarily, to address the developing crisis.

“We can expand our resistance operations beyond the region, targeting the enemy in other places, but that will prove a short-lived solution, so to speak,” explained Aiwil Killajous, who will represent Hamas at the conference. “Violent power struggles are one thing, and a natural part of Palestinian politics, but some things are more important. We really must develop a coherent approach to this problem, because it’s not going to go away. I mean, it will, and that’s the problem, but – you know what I mean.”

The conference will also devote some attention to deeper ideological and philosophical issues, said University spokesman Haj Husseini. “It is difficult to address this complex issue without also devoting time to the philosophical implications of Hitler not finishing the job and what that means for us,” he explained. “If Hitler had finished the job, there would be no Jews left for us to kill, and that would deprive our people of one of, if not the, defining characteristics of its ethos. At the same time we ceaselessly wish that the Final Solution had succeeded. That paradox deserves discussion in this forum, as well.”

Killajous conceded that the future of Holocaust-survivor-stabbing is bleak, and that replacements for it will not carry the same power. “We can kill Jewish babies, but that has a different impact,” he lamented. “I just wish more if us had a chance to kill some Holocaust survivors while their population was greater.” 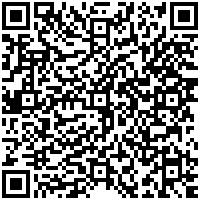