While AIPAC didn’t win all the races it got involved in, its first major push showed the American political world that it has already become a powerful factor in tight races. Progressives expecting mainstream voters to stay home were unpleasantly surprised by AIPAC’s “get out the vote campaigns,” which alerted voters to the significance of these races. AIPAC’s strategic combined use of funds and volunteers enabled Pro-Israel candidates to win most of their races. While each election cycle will be a continuous challenge, it’s safe to say anti-Israel progressives have been stymied.


AIPAC’s new strategy is a seismic change for an organization that has followed the same playbook for more than fifty years. AIPAC had never supported candidates before, had never been a PAC that distributed funds, and had never aimed to defeat candidates that opposed Israel or a strong U.S.-Israel relationship. The organization’s famous line, “We never rate nor endorse candidates” was the ABC of AIPAC’s strategy and the key, it felt, to its success. AIPAC preferred to be behind the scenes, allowing its members to support specific candidates while it stayed above the fray, championing politicians that supported a strong U.S.-Israel relationship and ignoring the few politicians who opposed Israel.

AIPAC’s new strategy is an almost 180-degree change. While it still doesn’t officially endorse or rate candidates, its PAC’s financial support of a candidate is a good indication that AIPAC considers the candidate a supporter of Israel and of a strong U.S.-Israel relationship. AIPAC is no longer behind the scenes; it dedicated considerable funds to social media advertising and isn’t shy about putting its logo on its material.

A significant change is the organization’s approach to representatives and candidates who oppose Israel. AIPAC now openly targets them for defeat and calls them out for their abhorrent positions. In cases where other organizations slander AIPAC, their charges are no longer ignored. AIPAC will call out smaller and more insignificant organizations like J-Street for spreading falsehoods about AIPAC.

What has motivated AIPAC’s change of strategy?

Middle age has a bad reputation; it’s associated with slowing down and losing steam, and comes with a crisis that requires the purchase of a shiny new car. It presents itself a little grayer and somewhat exhausted. But middle age is actually a sweet spot of life. It’s where many people have acquired a combination of knowledge and experience that allows them to reach a comfortable place in life. Careers have been established and are usually on the right path, homes have been bought, children are maturing and independent, and life is stable. Yes, middle age doesn’t feature the spunk and vitality of one’s twenties, but the stability and security more than makes up for it. It is in their middle age that people transition from trying to climb the ladder to the next rung to where they begin thinking about life off the ladder. The furious ambition is calmed and the peaceful stability takes over.

Many think it’s the changing partisan political world around us that has motivated AIPAC’s change, but I believe it is AIPAC’s maturity that motivates the change. AIPAC has hit middle age and it has evolved into a more stable place. AIPAC is grayer and it is no longer fighting for its place in the political maze; it has reached a comfortable spot and has experienced success beyond almost all expectations. Like Israel, AIPAC no longer has to fight founding battles, it is now well-established.

AIPAC’s history reads much like Israel’s history. In its beginning AIPAC was in a race for legitimacy, proving that support for Israel was in America’s national security interests. It needed to get candidates and members of Congress to support an issue they’d never heard of or thought about seriously. Candidates and members of Congress were asked to support the notion that Israel has a right to exist and that Israel has a right to defend itself when attacked by its enemies. Now those statements are outdated and no longer as significant when said by a candidate for Congress or the Senate.

It is 2022/5782 and the State of Israel is 74 years old, older than half the nations in the United Nations. Israel is an established military and economic power. It is a democracy that stands as a bright light in a very dark neighborhood. It has overcome all odds, winning wars when it had weaker weapons, was outnumbered, and had no air force or navy. It has survived waves of terror and intifadas. Israel is an outstanding success, a biblical fairy tale story come alive.

Israel no longer needs supporters who proclaim its right to exist and nothing more. Israel exists and it doesn’t need anyone to validate it. It’s absurd to think a freshman member of Congress is supporting Israel by stating the obvious facts that Israel has a right to exist and defend itself. Israel needs supporters in Congress who will stand against its opponents’ nefarious plans to put conditions on American aid to Israel, stop diplomatic support of Israel in the United Nations and proclaim Israel’s existence a catastrophe for the Arab world. It needs anti-BDS laws passed, states buying Israeli bonds, and creative members of Congress proactively submitting legislation that continues to strengthen the U.S.-Israel relationship. AIPAC has reached a position of strength where it can support its friends in a more concrete manner and can target its enemies in a show of force.

AIPAC’s recent success bodes well for the American pro-Israel community. Newcomers to the PAC world are only starting to support candidates, AIPAC’s new strategy is on its way to proving the organization’s incredible skill in navigating the American political sea to best strengthen the U.S.-Israel relationship. 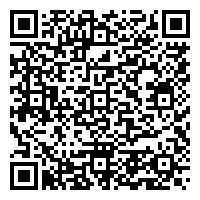