Turkish Foreign Minister Mevlüt Çavuşoğlu landed in Israel on Tuesday for an official visit, the first such visit in 15 years.

He will visit the Palestinian Authority on Tuesday and will meet with senior Israeli officials and visit the Temple Mount and the Yad Vashem Holocaust memorial in Jerusalem on Wednesday.


The focus of his visit is the normalization of the bilateral ties between the two countries, the return of the two countries’ ambassadors, and the potential for expanding collaboration, after years of cooled and sour relations.

Çavuşoğlu called Israel’s Foreign Minister Yair Lapid in January to wish him well after was infected with the Coronavirus, the first announced phone call between the countries’ top diplomats in 13 years.

Herzog was the first Israeli leader to visit Turkey since 2008. The last state visit to Turkey by an Israeli president took place in 2007. When Herzog entered office, Erdoğan called him to congratulate him on his election, in a conversation that led to a resumption of dialogue between Israel and Turkey after a disconnect lasting several years.

The relations between Israel and Turkey have been sour for years as Erdoğan and his Islamist ruling party have drawn the country toward the Muslim Brotherhood and have espoused anti-Israel Islamic ideas, and even anti-Semitic notions.

Turkey has also become home to Hamas’ headquarters, generating further tensions between Jerusalem and Ankara. Turkey is facing a complex financial situation in the country, as well as tense relations with the US and Europe. Erdoğan may attempt to improve his situation through the resolution of this crisis with Israel.

While Israel is emphasizing the need to expel Hamas’ headquarters from Turkey, Turkey is underscoring its desire to integrate into the Israeli gas project. Energy Minister Fatih Dönmez arrived with Çavuşoğlu in Israel. Erdoğan has said he was prepared to work with Israel on reviving an old project to ship gas to Europe through Turkey. 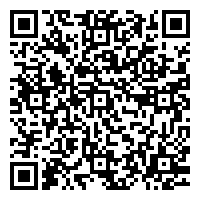