Israel is too glib about crossing its “red lines.” There was a time when no Israeli Government would dare mention the freeing of convicted terrorists, then there was the proviso, as long as they “didn’t have blood on their hands.”

That euphemism meant that the “successful” terrorists had to stay in jail, but those who failed would be given by the Israeli Government a free pass to try again to murder Jews! Now, isn’t that sweet and generous of Israel? Would any other country be so unbelievably and illogically kind to its enemies?


There was also a time when the mention of a possible “Palestinian State” would cause everyone to rise up in anger and accuse the person of treason. Those were the good old days.

Today’s supposedly Center-Right politicians are more like the Extreme Left of an earlier and safer time.

News is that the recent threats by some of Bibi’s bloated cabinet to leave his coalition if he releases the last batch of convicted Arab terrorists is the excuse/reason Netanyahu is giving to the Americans for a delay.

The pan-Arab London-based newspaper Al-Hayat has reported that Prime Minister Binyamin Netanyahu told US Secretary of State John Kerry that his governing coalition may fall apart if Israel goes ahead with the fourth planned tranche in the terrorist release that it agreed to as a “goodwill gesture” toward the Palestinian Authority.

Al-Hayat said that Kerry has asked PA chairman Mahmoud Abbas to extend negotiations even if Israel fails to release additional terrorists. Abbas, for his part, told Kerry he would not discuss continuing negotiations until the terrorists are freed, including 14 Israeli Arabs. (Arutz 7)

Could Minister of Defense Moshe Bogie Ya’alon’s statements against Kerry and Obama have been part of a script he and Netanyahu had written just to reduce American pressure on Israel? Or am I giving Bibi too much credit for protecting Israel’s interests?

How does that rumor jive with the other one that  Israel will release, G-d forbid, another four hundred 400 convicted terrorists?

A report on the Israeli news website, Walla, said that Israel informed the United States, that not only would it free the 30 terrorists that were supposed to be freed tonight (Saturday night), but also an additional 400 Palestinian Authority terrorists – if Abu Mazen agrees to extend the peace talks for another 6 months.

The 30 terrorists that were supposed to be released tonight include Arab citizens of Israel, and the release has met tremendous resistance in Israel as the names that Abu Mazen demanded released are among the most heinous of mass murderers. (Jewish Press) Rumors, rumors are they true or trial balloons?

The office of Defense Minister Moshe Ya’alon on Tuesday would neither confirm nor deny comments attributed to him calling U.S. Secretary of State John Kerry “obsessive” and “messianic.”

Tuesday editions of the daily tabloid Yedioth Ahronoth quote Ya’alon as telling associates in private conversations that Kerry “should take his Nobel Prize and leave us alone.” (Jerusalem Post) That means that there’s more of a chance that Ya’alon’s comments about American Secretary of State John Kerry was planned with Netanyahu.

My biggest gripe is that the first three batches were released without the recent threats by ministers to topple the coalition. The so-called Right partners in the coalition should have used their united muscle against the very first convicted Arab terrorist prisoner release and not have waited until now.

Either this protest is just for their voters, to pretend to threaten leaving the coalition or they’ve been following the policy I keep saying is wrong. They were counting on Mahmoud Abbas to totally call off negotiations, so he, rather than Israel could be blamed for the failure. I’m constantly saying face-to-face and on my blog that we should never count on Arab stupidity. We must act, not react. 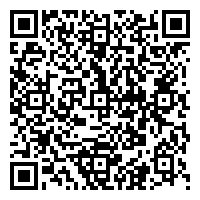