Prime Minister Netanyahu said, that Israel, at this point, must receive something clear in return, if it is going to release any more terrorists to the Palestinian Authority. Netanyahu stated that in a few days either the situation will be resolved or it will blow up.

If an agreement is reached it will be brought before the cabinet for a vote. Netanyahu does not want the peace talks to end after Israel releases the last batch of terrorists.


The statements were made at a meeting of Likud ministers.

At the start of the meeting, Netanyahu made the following statement on other important subjects:

“Over the weekend we experienced an incident on the Golan Heights. The IDF foiled an attempt to infiltrate the border and hit those who approached the fence. We will continue to respond to any attempt to attack us and to the best of our ability, as initiated policy, we will foil these attacks before they occur. This is the essence of our ongoing policy; it works and is achieving results.

Over the weekend the UN Human Rights Council condemned Israel five times, this at a time when the slaughter in Syria is continuing, innocent people are being hung in the Middle East and human rights are being eroded. In many countries free media are being shut down and the UN Human Rights Council decides to condemn Israel for closing off a balcony. This is absurd. This march of hypocrisy is continuing and we will continue to condemn it and expose it.

Over the weekend we received an A+ credit rating, a sign that the Israeli economy is in good shape. I assume that this is also connected, not only to the fact that the unemployment rate is among the lowest that we have seen in many years, but also to the fact that relative to other Western economies, and in the world in general, the Israeli economy is in good condition, and we will work so that it will be even better.” 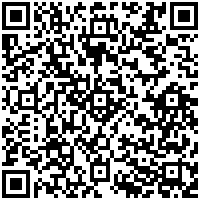