A report on the Israeli news website, Walla, said that Israel informed the United States, that not only would it free the 30 terrorists that were supposed to be freed tonight (Saturday night), but also an additional 400 Palestinian Authority terrorists – if Abu Mazen agrees to extend the peace talks for another 6 months.

The 30 terrorists that were supposed to be released tonight include Arab citizens of Israel, and the release has met tremendous resistance in Israel as the names that Abu Mazen demanded released are among the most heinous of mass murderers.


Israel said that it would choose which 400 terrorists would be release in the fifth round.

The Palestinian Authority has not yet responded to the offer.

Bayit Yehudi Minister Uri Ariel said that if the report is true, he will advise his party to leave the coalition. While Bayit Yehudi head, Naftali Bennett, wrote on his Facebook book that it won’t happen.

Admittedly, this act seems so completely illogical, that it appears Netanyahu’s only motivation is to kick the ball 6 months down the field, so that when the peace talks finally collapse for good, it will be close to mid-term elections, and no one in the US administration, such as President Obama or Kerry, will want to be seen as publicly attacking or blaming Israel. 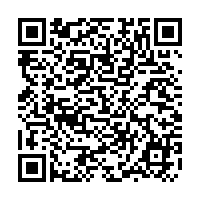