If Israel jets show up in Iranian airspace, it will most likely happen while Obama is too busy  accusing Mitt Romney of secretly storing all his money in a giant cave in the Rocky Mountains to do more than dispatch a flunky to chew out Netanyahu over the phone. The election is the perfect window for a strike on Iran’s nuclear program, because Team Obama will be too tied down on the Romney Front to do much damage to Israel.

Just like during the Gulf War, regional stability demands that the United States protect Saudi Arabia and the Gulfies, while keeping Israel out of it. Since Iran’s Revolutionary Guard isn’t camped out in Kuwait City, protecting them is a matter of posture. That posture is there as a deterrent, a warning that Iran had better not interfere with our oil suppliers or there will be hellfire missiles to pay.

The posturing is hollow because everyone knows that Obama is not about to bomb Iran on behalf of Saudi Arabia and its colony in Bahrain. He is as likely to do it for Israel as he is to move to South Carolina and join the NRA. But he isn’t alone in that regard. Despite the fevered fantasies of everyone from Noam Chomsky to Ron Paul, no American president would ever bomb Iran for Israel. If a third Gulf War is fought, it will be fought for Saudi Arabia and Kuwait, one more time.

The last time the United States fought Iran, in 1988, it was to protect Kuwaiti oil tankers. If Iran interferes with oil tankers from our friendly Gulfie terrorist states, then a future administration is likely to bomb Iran. If oil prices go high enough to potentially cost Obama the election, then he might pry away his foreign policy people from drawing up maps of Syrian targets and actually hit some Iranian naval installations.

None of this has anything to do with Iran’s nuclear program… and that’s the point. George W. Bush did appear to think that Iranian nuclear weapons might be bad news for the United States, not just for the balance of power in the region. He was nearly unique in that regard. The diplomatic and military establishment is full of experts who view Iranian nuclear weapons purely as factors in the balance of power and utterly refuse to look at them from any other angle. To them, Israel isn’t really concerned about a nuclear attack, it’s only playing a regional power game along with everyone else.

For Israel, violence is not a posture or a theory. It has few trading connections and no alliances in the region. Its foreign policy has always been about dissipating physical threats to its people, whether through diplomatic or military means. It does not follow this line because it is a saintly state, but because it is a state always on the edge. It has too little territory and too many enemies around it to follow any other path.

Surrounded by countries for whom destroying it is a matter of national pride and religious fervor, its only real deterrent is military. Winning several wars won it enough breathing room to try diplomatic solutions. And now the first and last of those diplomatic solutions has failed. It can still count on the military as a deterrent, but there is no deterrent against a nuclear attack carried out by terrorists under plausible deniability. The only remaining deterrent after a nuclear attack is killing as many of those responsible as possible before succumbing to radiation poisoning. 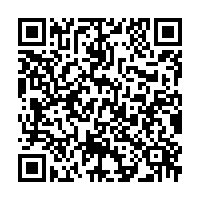