The developments on Israel’s western border might be far more crucial to its strategic situation, even compared to the Iranian nuclear threat. The August 5 terror attack in northern Sinai, killing 16 Egyptian policemen, supplied the perfect excuse for the newly elected Mursi regime in Cairo. Under the pretext of finally dealing with extremist Islamic terrorism in the peninsula, the Egyptian President is aiming for something more: re-defining the terms of The Egyptian-Israeli peace agreement, especially regarding the security situation in Sinai.

Israel had previously ignored, or sometimes secretly approved, Egyptian violations of the treaty. These always concerned deploying more battalions than agreed, but only for a short period of time, in order to fight the terrorist groups. This time, Cairo is aiming for a more serious goal. Not only had it moved to Sinai more battalions and even tanks, with no prior consent from Jerusalem, but the Egyptian media is full of reports of fighter aircraft and heavy artillery batteries about to be deployed. These reports are not all necessarily accurate, but what’s important is that they are part of a bigger plan – undermining the peace agreement, without actually deserting it altogether.

Why is the Islamic Brotherhood government doing this? The most logical explanation would be that it’s done because of internal political reasons. Changing the security part of the treaty had been one of the party’s promises during the election campaign. The Islamists claimed that the current treaty was a humiliation for Egypt’s national honor. I assume they will be going for a de-facto change, believing Israel has no alternative but to agree, since the Mursi regime would find it hard to actually sit down formally and re-negotiate the contract with the Israelis.

For the time being, it’s safe to assume that Mursi is not interested in escalating the military situation with Israel. He still needs the US and because of the economic situation in Egypt would not risk playing too many dangerous games in Sinai. But Israel should follow events very carefully. This is not only a matter of the situation in the peninsula. Perhaps more importantly – if Netanyahu finally decides to strike Iran’s nuclear sites, shouldn’t he consider a possible scenario, in which Mursi (soon to visit Teheran for a conference), orders two army divisions to cross the Suez Canal into Sinai? 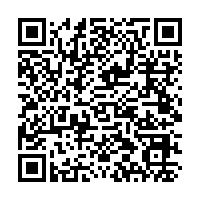