After Hurricane Katrina devastated New Orleans, Mayor Ray Nagin said that the storm was divine punishment for “being in Iraq under false pretenses.”

Not only was a Liberal deity taking a position on WMDs and punishing George W. Bush by evicting a lot of black people from their homes; but the Democratic divinity was paradoxically also committed to progressive housing policies.”This city will be a majority-African American city. It’s the way God wants it to be,” Nagin promised.Bush is out of office. America is no longer in Iraq. And Democrats have been forced to search for new theological explanations for hurricanes, typhoons and volcanoes.

In response to the devastation of Typhoon Haiyan; the green prophets of the left are prophesying that their liberal deity is angry over capitalism and industrialization.

“Whenever Mother Nature wants to send an urgent message to humankind, it sends it via the Philippines. This year the messenger was Haiyan,” The Nation wrote.

The message was apparently that Mother Nature, not to be confused with the nice elderly lady who runs a blog about alternative medicines, really hates prefabricated housing.

“That it was climate change creating the super typhoons that were taking weird directions was a message from Nature not just to Filipinos but to the whole world,” The left-wing magazine claimed.

For those infidels questioning whether Nature (capital N) was really speaking through a struggling lefty publication begging readers for money to pay its postal bills, its expert on typhoon theology had an answer.

“Is it a coincidence, ask some people who are not exactly religious, that both Pablo and Yolanda arrived at the time of the global climate negotiations?”

It is of course the very definition of religious faith to assume that a bearded woman in the sky is sending storms to threaten global climate negotiators (while missing them by two hemispheres and 6,000 miles). A more cynical person might suspect that climate negotiations are arranged around storm season for maximum effect.

The Nation, which regularly condemns “Bible Thumping”, had switched over to “Whole-Earth-Catalog Thumping”; building a religion around a Mother Nature who communicated her wishes through hurricanes and bankrupt liberal magazines.

Pacific Islanders used to believe that volcanic eruptions were angry notes from their volcano gods. The Yaohnanen tribe in Vanuatu on contact with civilization modernized their beliefs, and after encountering a younger Prince Philip decided that he had come from the volcano and that they ought to worship him.

And so the Prince Philip Movement was born. The islanders are modest in their requests of their god. “If he can’t come perhaps he could send us something,” the Yaohnanen Chief suggested, “a Land Rover, bags of rice or a little money.”

The Philippians may seem absurd, but their religion actually took a step forward from worshiping a volcano, which did nothing constructive and just destroyed things leaving the tribesmen to wonder whether the volcano was angry at their unjustified presence in Iraq or the waste carbon emitted by their cooking fires, to worshiping the Duke of Edinburgh, who can do constructive things like send them autographed photos. And perhaps one day a Land Rover.

While the savage tribesmen were approaching the margins of civilization; Prince Philip’s son was reverting to savagery and blaming everything wrong with the world, from local weather to the Syrian Civil War, on the great volcano god of Global Warming.

After some winter storms, Prince Charles announced that, “severe weather conditions in our country are, I have no doubt, the consequences of man-kind’s arrogant disregard of the delicate balance of nature.” It was the sort of statement that would have been commonplace a century ago. The only thing missing was that “Nature” had replaced “God”.The Yaohnanen tribe had moved on from worshiping a volcano god only capable of destruction; but the son of the living god they worshiped seemed eager to find a volcano god to worship. The savages were trying to become civilized, while civilized men were trying to become savages.At the Washington Post, the Rev. Dr. Susan Brooks Thistlethwaite, a former president of the Chicago Theological Seminary and a senior fellow at the Center for American Progress, gathered the tattered remains of her religion around herself and argued that Typhoon Haiyan was caused by human sin and needed to be atoned for by “confessing” that human beings cause typhoons.

But then Thistlethwaite, displaying less faith in whatever god she believed in than Ray Nagin had in his Chocolate City divinity and The Nation in its typhoon-hurling Mother Nature, added that “These “superstorms” aren’t an “act of God,” but an act of willful disregard for God’s creation.”

That is to say, God is dead. Instead Republicans must confess to the liberal theologians who speak for the superstorms, that they were the ones who made the winds blow. And if they don’t, then the speakers-to-superstorms will also hold them responsible for the next hurricane.

What miracle is the Rev. Dr. Thistlethwaite’s faith in superstorms founded on? Like the storms themselves, it’s a bit circular. “The fact that we are having to invent new language to describe such massively destructive storms, like “Super Typhoon Haiyan” or “Superstorm Sandy” suggests we need to take a different look at such violent storms today and theologically assess the human responsibility for them.”

Using the Rev. Dr. Thistlethwaite’s reasoning, the fact that we have a word for Superman suggests that we need to seriously investigate whether there are superhuman beings among us who can leap tall buildings in a single bound. But worshipers of the liberal God of Global Warming who hates the War in Iraq, white people living in New Orleans and carbon have a looser relationship with facts than Pacific Islander tribes.

The term Superstorm isn’t new. And neither are superstorms. In a listing of storms from 1932 onward, the first one shows up in 1940.

Back at the UN Climate Change summit, which apparently incites Mother Nature to spout off  typhoons like soda bubbles, the representative for the Philippines, Naderev “Yeb” Sano, threw a tantrum and demanded that Global Warming skeptics visit the islands to see the devastation.

Then he announced that he was going on a hunger strike until something meaningful was done.

In 1991, Tropical Storm Thelma killed over 5,000 people in the Philippines.The President of the Philippines has estimated that the death toll from Super Typhoon Haiyan will be less than half that

Before Christianity and Islam, people in the Philippines believed that storms were brought by Saraganka Bagyo, the God of Storms, or Galurâ, a giant eagle who brings storms. Another story has it that they originated from a dispute between the descendants of the sea god and the sky god. Now Carbon has become the new Storm God, bringing bad weather because people won’t do anything meaningful, like cripple their economies and destroy their standards of living to appease him.

Sano, like Prince Charles and Ray Nagin, is reverting to a paganism buttressed by a science so bad that it is indistinguishable from superstition and magical thinking.

Despite the Rev. Dr. Thistlethwaite’s faith in a superstorm apocalypse derived from spending too
too much time watching the Weather Channel, there is no actual pattern of increased storm activity. Nor is Mother Nature targeting UN climate negotiations with typhoons. The only pattern here is the one that a liberal religion that believes in little except human evil assigns to storm patterns.

If the God of Global Warming worshiped by The Nation and the Rev. Dr. Thistlethwaite seems senselessly malicious, it is because it exists in their minds as a reflection of human evil. The left proclaimed the death of God only to find themselves in need of some entity to inflict ruthless punishment on those who did not believe in their left-handed path; which in the absence of the Gulags they were no longer able to do.

Liberalism in act of idolatry built the God of Global Warming in its own image. Like liberals, their deity can destroy, but not create.

The God of Global Warming is the embodiment of liberalism and holds all the politically correct beliefs while carrying out brutal atrocities in the name of the left’s favorite political causes. With a moral logic as flawed as that of its worshipers, it is a deity that kills people in the Philippines for the carbon crimes of Americans and kills people in New Orleans because Bush bombed Iraq.Science only truly began to take off when scientists stopped trying to base it around their preconceived worldviews of how things should be, but began to actually draw conclusions from the data, instead of fitting the data into their conclusions.The human race did not suddenly become much smarter in the last few centuries. Instead our greatest minds learned a little humility and began getting out of the way of the data. Instead of trying to force reality to conform to their philosophy, they experimented with building a philosophy around reality. The left has killed reality-based science, along with so many other human accomplishments.

Global Warming is the worship of the left. It elevates its petty biases against industry and the middle class to the status of a religion. It insists on their right to act as the mediators between individuals and the economy or else the God of Global Warming will unleash her superstorms on the bourgeois infidels. 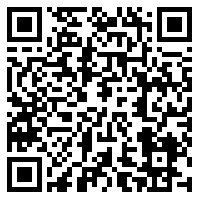