The moderate solution is deeply seductive for Republicans, who see their opposition sliding to the extreme left and believe that they can sweep up the middle by just moving a little to the left. All they have to do is moderate their position on X, Y or Z, and they will win over all the unaffiliated voters who are a natural fit for their common-sense policies.


This seems like such a no-brainer that high-profile Republicans keep earnestly and then angrily  pushing for a surrender on one point or another as the key to becoming the moderate mainstream party. But no matter how many times the Republican Party plays this game, it never stops being the “extremist” party that is out of touch with whatever the new normal is.

Like Lucy’s football, the moderate identity is a paradox. The more you pursue it, the less likely you are to reach it. Our current political grammar, which leans heavily on ideas such as moderation and extremism, was crafted by the left. Like Orwell’s Newspeak, the meaning of such words is relative and varies unpredictably. That relativism has given us the moderate Taliban and the moderate Muslim Brotherhood. Before long, it might give us the moderate Al-Qaeda member.

“Moderate” and “Extremist” are words that are used with an absolute air, as if what they refer to is clear and fixed. Actually, the value of each is relative to the other. If the range of views among Muslims is such that the Taliban are actually somewhere in the middle, then they are indeed moderate. This does not mean that they are decent people or that we can reason with them. It just means that the spectrum of Muslim views is bad enough that, within that spectrum, the Taliban fall in the middle, rather than on the extreme end.

The relativism of moderation means that there is no fixed position that can be taken which will make one moderate. If you are on a ship that is traveling between New York and London, then standing in the middle of the boat will not put you in between the two cities except during the brief period when the ship’s travel puts it at that mark. Similarly, adopting “moderate” positions when the culture is moving leftward will not make you a moderate. It will still make you a conservative.

To repeatedly attempt to be a moderate is to adopt the positions of the left at a slower rate than the culture as a whole. This is only useful as a cynical political position adopted by someone who believes in nothing at all. It is not good for anything else. That type of moderate is always standing in the middle of the ship as a showy pose, while pretending that the ship isn’t moving at all. 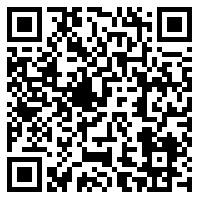