Israel commemorates the Holocaust in several days on the 28th of the month of Nisan, the month of Spring, which falls this year on the 28th of April, actually starting on the evening before, the evening of the 27th. This year, interestingly, it falls close in time to the Armenian commemoration of their genocide, which is on 24 April every year. Israel Radio [Qol Yisrael] discussed the Armenian genocide today on several programs. Right now Israel TV [channel 1] is running Claude Lanzmann’s film, The Last of the Unjust.

First, an observation about the earlier genocide, the Armenian at the hands of Ottoman Empire, ruled during WW One by the Young Turks, a group revolutionaries, supposed progressives. In fact, the formal name of the Young Turks’ party was the Committee for Unity and Progress. Many Arab nationalists took inspiration from the Young Turks. Anwar Sadat’s parents even named him after one of the Young Turks’ leaders, Enver Pasha [Enver = the Turkish form of the Arabic name Anwar].

Although progressives, the Young Turks were imbued in their education with the values of Islam, especially the need for Islam and Muslims to dominate non-Muslims. To be sure, one Armenian historian, Raymond Kevorkian, located in France, wants to believe that the motive for the genocide was Turkish or Pan-Turanian nationalism, rather than Islam. This is very short-sighted but this is not the time to go into my reasoning.

Much has been written about the Jewish Holocaust. I now want to just stress two aspects.

1) The Holocaust was not restricted to Jews living in Europe. Thousands of Jews were sent to death camps in Europe from the North African countries of Libya and Tunisia. And the Germans set up labor camps for Jews in those countries. Pro-Nazi pogromists in Baghdad slaughtered local Jews in the Spring of 1941 in an orgy of violence and brutality called the Farhud. The numbers of Jews murdered range from 179 to 600 or more. It is a common mistake that the Holocaust was restricted to European Jews, or Jews living in Europe. However, Leon Poliakov, one of the most important Holocaust historians wrote long ago about the North African Jews caught up in the Holocaust crimes. Yet, the mistake is still made.

2) The Arab nationalist movement in its majority was pro-Nazi. The Arab intellectuals who set up the Arab Socialist Ba`ath Party and the Syrian National Socialist Party [often called the Syrian Social Nationalist Party in order to hide its Nazi inspiration] were much interested in and great admirers of Nazi ideology, policies, power, and organization.

The chief leader of the Palestinian Arabs in the 1920s, 1930s, and 1940s, Haj Amin el-Husseini, instigated the Farhud in Baghdad, according to an Iraqi investigating committee. After two days of Farhud massacres, British troops occupied Baghdad and finally suppressed the pogrom after waiting outside the city for two days. At this point Husseini fled Baghdad and made his way through Iran and Turkey to the Nazi-fascist domain in Europe. Greece, bordering on Turkey, was already occupied.

While still in Baghdad, Husseini and a small group of other Arab nationalist leaders drew up a draft political statement which they wanted Hitler to make in favor of Arab nationalist ambitions. In essence, this was really a petition to Hitler to recognize what these Arab leaders saw as their rights and interests, including the right to solve the Jewish Question in the Arab lands as it was being solved in Fascist Italy and Nazi Germany. Bernard Lewis supplies a thorough discussion of the several versions of their petition to Hitler in his book, Semites and Anti-Semites. 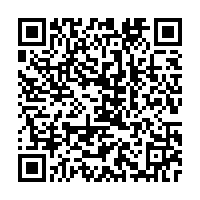