One of the more perplexing Pesach customs is the public reading of Shir HaShirim (The Song of Songs). A variety of explanations are offered from every corner of our tradition. A new idea occurred to me over the holiday and I think it might be a useful perspective on the issue, but more importantly, I think there is a broader lesson that is worth sharing.

Pesach celebrates a two step redemption from slavery to freedom. First there was the flight from Egypt. This was punctuated by the 10 plagues and a hasty escape. Almost immediately, a new challenge arose. The Reed Sea miraculously split and paved the way for complete salvation.


At that moment, we were free. For the first time in forever, we were completely free. It must have been exhilarating. The one thing every single person wanted more than anything else was freedom, and now they had it. Everything they yearned for was in their hands. The only struggle they had known was no longer a struggle. It was over.

Freedom is binary. Either one is a slave or one is free. There is no middle ground. It’s a simple on/off switch. The switch had been flipped.

A slave has a very limited capacity to worry about anything other than survival or freedom. A slaves concerns are immediate. Is there room for love? The arts? Philosophy? Personal growth? Not really. Life is very simple. It’s agonizingly simple. Survive and hope for freedom.

This was the life of the Israelites until this very moment. At present moment they were finally free. Now what?

Freedom is very different than slavery. One difference is that there is no switch. Life was no longer a binary struggle for the Israelites. From now on it would be a lifetime of tension and challenges. Slavery, for all its hardships, offers a cynical simplicity to life. Just survive the day and struggle for freedom. When the slave achieves freedom, there is no continuation of prior struggles. Everything begins anew and there is nothing from the past that illuminates the future.

The Israelites were free. They had no idea what they were supposed to do next. So they complained. A lot. But all their complaints were somewhat related. They had no idea how to be free, how to fend for themselves, how to ask for things nicely, how to carve out their own destiny. Hence, the kvetching. They saw a problem, they cried, and they expected their problems to be solved. They were looking for binary solutions to lifelong struggles. They needed food and water. They wanted a final solution to their thirst and hunger.

But real life is not like that. Reality is that hunger and thirst are lifetime struggles. There is no water lever or bread switch in the real world. In the real world, people work for their food. But this was not the life the Israelites knew. They had no idea how to live in a world of eternal struggles. Theirs had been been a world of on and off, and now they were in a brave new world that they were completely unequipped to handle.

Shir HaShirim is a love song. There is nothing more un-binary than love. No one ever says that they have enough love. No one ever asks for someone to love them less or to stop loving them. No one says they have enough love. We are in a permanent struggle with the people we love. We work so hard to give more love to our loved ones and we are in a constant state of receiving more and more love from others. Sometimes love is hard, sometimes love is easy, but love is a lifetime struggle. There is no love switch. 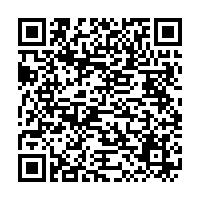