Ewald-Heinrich von Kleist, who was a Nazi Germany army lieutenant volunteered to blew himself up along with Hitler, died at his Munich home as the age of 90.

The suicide bomb plot never was carried out, but von Kleist later was part of a group that unsuccessfully tried to kill Hitler in July 1944. He was arrested after a bombing attack failed, and he was sent to a concentration camp but later was released and continued to serve in the army.


He was born in Poland to the family of landowners, and his father was arrested by the Nazis several times for his opposition to the regime. He also failed to convince Britain to abandon its appeasement policy and back a coup against Hitler.

Von Kleist nevertheless joined the Nazi army but agreed to the suicide bomb plot when he was approached by another officer from an aristocratic family, the Associated Press reported. When he told his father of the plan, the elder von Kleist said his son must agree to die if it meant getting rid of Hitler. 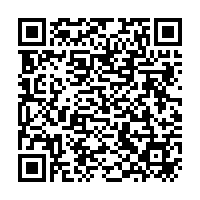