{Reposted from the authors’ blog}

No one was hurt. But that was surely not the intention of the perpetrators behind four terror attacks directed against Israelis in the past few days.

In four separate attempts this past weekend, terrorists sought to carry out lethal attacks directed at Israelis targeted at random.

Two happened on the edges of the capital, Jerusalem, a third in the country’s south and the fourth in the Samaria District. None of them individually got much attention, and we don’t see any media saying that four in the space of a single weekend means something.

It’s reported [“Explosives placed by terrorists near Jerusalem over weekend” ] that at the Qalandiya Crossing on Jerusalem’s north-eastern entrance, two explosive packages were concealed Friday night close to where vehicles drive through. One exploded but failed to cause injury or damage. Witnesses spotted two suspects arriving at the crossing, placing the explosives and fleeing from the scene. A chase ensued with Border Police eventually arresting two under-age suspects in a nearby convenience store. This Arab source names them as Khaled Salim and Ismail Abu Zaidiya, both residents of the Qalandiya “refugee camp”.

It didn’t end there. In taking the prisoners away, the security people were confronted by dozens of Palestinian Arabs hurling rocks at them. Riot dispersal measures were used and the melee – which could easily have become the story – ended with no injuries.

The second attempt, on Friday night at the ancient Rachel’s Tomb near Bethlehem, was thwarted when a lookout spotted a suspect placing an explosive close to the walled complex and running away from the scene. He was pursued by Border Police who caught up with him and placed him under arrest. He is an 18-year-old male from a so-called refugee camp in the Bethlehem area. His explosive failed to detonate.

A media release quoted in the Jerusalem Post report says “Border Police are working in the Jerusalem Envelope area to strengthen deterrence and thwart terrorism while increasing the deployment of forces in sensitive places where there have been recent attempts to harm civilians and security forces.”

Then Saturday night around 9:30 pm, a rocket fired from the Gaza Strip into Israel set off the Tzeva Adom (Color Red) missile attack sirens in the southern coastal city of Ashkelon, according to a Ynet report. The resulting explosion caused damage to a warehouse in an industrial zone of the city. But fortunately no injuries – and to state the obvious (whenever missiles are fired into cities by malevolents totally indifferent to outcomes) this could have been a far more troubling event.

Then on Sunday morning in a third hidden explosives incident reported by Jerusalem Post – making it the fourth terror event of this weekend – IDF combat soldiers carrying out routine searches uncovered camouflaged explosives placed just outside the village of al-Mughayyir, south of Jenin. The military assessment is the intention of those who planted the explosives was to harm Israeli soldiers.

Seems a good time to mention that, for the Palestinian Authority, “…rewarding terrorists is not about social welfare. It is about incentivizing and rewarding terror and murder. “Pay for slay” is an abomination that should enjoy universal condemnation.” Those sentiments, which are easy to agree with, come from “Lies, damn lies and Palestinian Authority’s ‘pay for slay’ policy“, an op ed published by Jewish News Syndicate four days ago. It’s authored by Maurice Hirsch who served in past years as director of the IDF Military Prosecution for Judea and Samaria.

He’s the kind of hands-on expert who can be expected to have some well-founded sense of what foreign aid funding achieves once it’s handed over to the terror-addicted kleptocrats of the PA.

As it happens, Yossi Kuperwasser of the Jerusalem Center for Public Affairs, a former Director-General of the Israel Ministry of Strategic Affairs and past head of the Research Division of IDF Military Intelligence, released a brief the same day as the Hirsch piece. It’s called “Will the Palestinian Authority Stop Paying Terrorists? End the “Pay to Slay” Program?” and he leaves readers with the impression that no they won’t. 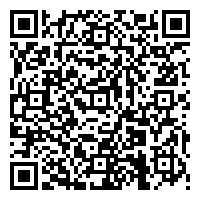