As a former Minnesotan, I have a confession: I love cows! All weather there was judged according to if it was good for the farmers. As children, even though we lived in the city, we rejoiced yearly at the Minnesota State Fair or as our grandchildren later called it, the State Ferd (horse in Yiddish). There, in the vast Hippodrome Building we would come and kvell at all the varieties of cows and calves. The Guernsey with its caramel colored hide and huge brown eyes was my favorite. If we were lucky, we might witness the birth of a calf, or see one just staggering and starting to walk.

Now we live in Israel where farms abound. I had really thought all cows were equal, except maybe the cows who graze on the hills around Amuka, the grave where people go to pray for shidduchim, near Tsfat, the resting place of Yonatan ben Uziel. Those cows seem like they have been indulging in mystical experiences as they sublimely graze; like stoic guardians of the tsadikim (righteous people) who are buried there.

Little did I know that the cows in Israel are different, just as Israel is different from the rest of the world. My discovery came from a Jewish woman from Boston named Dr. Lisa Tager. She set me straight.

Lisa wanted to be a fashion designer. During high school she “shadowed” a veterinarian and had a summer internship in a Bermuda zoo. When she “hand fed a lemur”, her life’s plan was altered forever. Later, in Tennessee, she helped out in a rescue shelter for elephants, feeling the “tremendous energy that elephants give off.” She graduated from college and received a Master’s Degree in Wildlife Conservation and a Doctorate in Animal Nutrition. Lisa did research in dairy cow nutrition that allowed her to work with both domesticated and zoo animals. She traveled to Israel for an American company which is where I met her.

A typical cow produces 70-80 pounds of milk daily while the Israeli cow makes 100 pounds! Israel is considered the gold standard for milk production. “Israel is coveted for getting so much milk out of animals,” Lisa says. Yet, if a farmer pushes too hard for production, the animal will get skinny or sick.

What makes Israel excel in the dairy field? One reason is related to technology and the second, with the Torah. Israel invests a great deal more than most other countries in its dairy production. One amazing example of this is at Carmel Maon Dairy Farm, south of Chevron (I visited this farm under the auspices of the One Israel Fund that provides defense for communities in Yehuda and Shomron).

First, it’s important to understand that cows both need and want to be milked. On this farm, the cows walk by themselves up a ramp to a “merry-go-round” milking area. Think of a large wheel with stalls with a 6 foot deep pit below. Once the cows walk up the ramp, the farmer puts a transmitter on the leg of each cow. The transmitter recognizes the individual cow, checks its vitals, and measures the quantity of milk as well as fat content. The cows go around very slowly on the “ride” while a farmer in the pit below supervises the whole process. At the end of the mechanized ride, at the end of milking, the worker releases the transmitter, the cow exits by itself and the circle continues. This farm has a huge contract with China, to train them in this technology.

The Torah’s attitude towards animals is straightforward: to avoid animal cruelty, tsa’ar ba’alei chayim. Animals must be handled kindly. Another Torah law states that one must feed their animal before they do themselves. Cows must be milked or they experience pain. So, on Shabbat, a laser guides the cow, with no one touching it. The cows wait in line on Shabbat, and a worker from Thailand with a Jewish supervisor watch as the process is done automatically and the cows are relieved of their milk and are spared the pain which is the result of not being milked. This process is halachically a grama d’grama, a byproduct of a byproduct, meaning it is not an intentional labor which is prohibited on Shabbat.

Lisa says the cows in Israel are given more space per animal than in most countries. Further, their hides are consistently shiny, which is an indication of their good health. She visited many kibbutzim near S’derot, during the hail of rockets from Gaza. She found the cows very calm, as were the people milking them, despite the onslaught.

Their owners can sense when cows are uneasy. An incident happened in the former Gush Katif area, when in the barn the cows were restless. After a lengthy investigation, the kibbutz workers found that a tunnel was being built by terrorists under the cow barn.

Lisa currently works for a company that makes prenatal B vitamins for cows. The vitamins help reduce stress during birth. Previously, she sold probiotics, products that build up the immune system of cows, making the use of preventative antibiotics unnecessary.

Thanks to her commitment to animal health and Jewish values, Dr. Lisa Tager makes the world better one cow at a time. 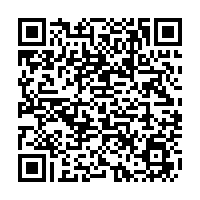