Some funerals are diplomatic events.


These are events which feature on the international diplomatic calendar, even though the dates are not known in advance (unless you believe the conspiracy theorists).

Literally dozens of world leaders attend, and there are opportunities for favorable international PR, as well as behind the scene deals and covert discussions.

Much like a G20 summit meeting, the World Economic Forum Meeting in Davos, or a UN General Session in New York.

Nelson Mandela’s funeral today was such an occasion.

90 heads of state were in attendance from every country imaginable. All these people, by definition, have packed schedules of important commitments, and yet they were able to clear their diaries, arrange logistics, and turn up in Jo’berg for the funeral spectacular.

President Peres reportedly had a bout of the flu – which at 90 is nothing to be sneezed at; and Prime Minister Netanyahu had run out of his international funeral budget. There were apparently additional concerns about security – although other world leaders, who probably value their own lives, seemed to deal with that one.

We all know that Mandela was pro-Palestinian – although that really was not the reason the whole world admired his statesmanship and revolutionary achievements in South Africa.

Its hard to work out what diplomatic assets could come out of what looked like, to the untrained eye, a national snub.

I guess if the concern really was security, then the clutch of cheerful looking MK’s on a rare international jaunt, must have met the Israeli Foreign Ministry’s criteria of being, in a worst case scenario, dispensable. 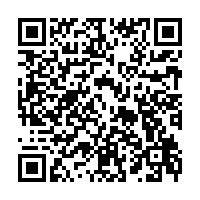