Minister of Internal Security Omer Barlev (Labor), who earlier this week received his Shin Bet security detail, on Tuesday morning suggested his three coalition partners who attacked him over his vilification of Jewish settlers (Terrifying: Internal Security Minister Barlev Discussed ‘Settler Violence’ with Top US Official) were like Benjamin Netanyahu, who stood on a balcony above Zion Square with a picture of Yitzhak Rabin in SS uniform below him – in the days leading up to the prime minister’s assassination.

Barlev said, “I draw attention to the famous adage that words in extreme cases also kill.”


Is he going through a phase?

Interior Minister Ayelet Shaked tweeted in response: “The urgent tasks for the Ministry of Internal Security are numerous. Blackening a law-abiding ideological public is not one of them.”

On Monday, at a meeting of the Knesset Labor faction, Barlev said that three members of the government “came out against me and made me the enemy of the settlers” – and this was the reason to give him bodyguards. He was referring to Ayelet Shaked and Matan Kahana from Yamina, and Yoaz Handel from New Hope, without mentioning them by name.

On Tuesday Barlev said: “I do not doubt that this was not their intention but in practice, the point is that with their immediate response that I am the enemy of all the settlers, that I don’t understand security and I ignore threats from Palestinian terrorist organizations and that I am spreading a false narrative—that’s a quote from one of the tweets—once government ministers say these things the reaction is by extremists and we have seen it. We saw it in the social networks.”

For a future Shin Bet investigation, I wrote on December 14: “One almost had to check if Minister Barlev works for the Israeli side in the conflict and not, say, the Palestinian Authority. After all, his dad was IDF Chief of Staff, he himself retired from the army with the rank of Colonel after commanding the special force Sayeret Matkal unit for four years. If he, son of the Labor movement in Israel, misidentifies the situation under his jurisdiction so shockingly, then the settlement enterprise and the state of Israel are in serious danger.”

We may need to add extreme paranoia to my shocked criticism. Also: a thuggish attempt to shut the mouths of his enemies on the right, of whom there are many.

Barlev then resorted to the traditional, underhanded attack on the right, which is normally reserved to early November, Rabin’s Yahrzeit, but he went with it anyway, like eating from the Passover dishes on Chanukah: “We all remember the event in which former Prime Minister Netanyahu, then the leader of the opposition, standing on the balcony at Zion Square and in the procession below him there were images of the late Prime Minister Yitzhak Rabin with an SS uniform and a coffin and he—Netanyahu—did not condemn it.”

“Netanyahu did not mean, God forbid, that it would lead to the assassination of a prime minister in Israel, but in the end, his passivity at least did not stop these trends,” Barlev said with a self-righteousness that would have made a crocodile shed tears.

Barlev has to generate this friction within his own coalition government because otherwise his partners and everyone else who follows the non-Corona-related news, would figure out that he has no handle whatsoever on the raging Arab violence both inside and outside the 1949 armistice border a.k.a. the green line. He and his police commissioner are an abysmal failure, and both have employed nasty attacks against Jews, both in the settlements and the mixed cities, to divert attention from their astonishingly poor record. Israel is in the midst of a fourth intifada and those two bozos have no idea how to stop it, other than chasing the Arab murderers after the evil deed is done. 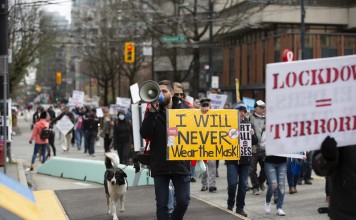 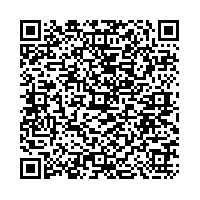