Hebrew U: Modern Scans of Archaeological Finds May Show Traces of Original Dimensions of Biblical ‘Tefach’ 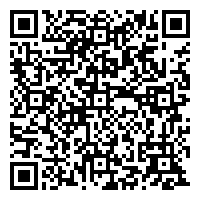