Is it possible that Bulgaria is now setting the bar for European countries in dealing with terrorism?

In July, 5 Israeli tourists and a Bulgarian bus driver were murdered in a terrorist bombing at the Black Sea resort of Burgas.  Last week the Bulgarians issued a report of their exhaustive investigation, which named the Shia terrorist organization Hezbollah as the terrorist masterminds behind the murders.


Now Bulgaria has taken another bold step against terrorism within its borders.

As reported in the Jerusalem Post, after a Hamas delegation came to Bulgaria this week they were forcibly expelled from the country.

Members of the Bulgarian security services entered the hotel rooms of the three visiting Hamas delegates early in the morning on Friday, February 15, and drove them to the airport.  The expelled terrorist group members reportedly flew to Istanbul.  According to the Arab Palestinian media outlet Ma’an, the names of the three are Ismail al-Ashqar, Salah al-Bardawil and Mushir al-Masri, who belong to the Hamas Change and Reform Bloc.

The Hamas group was in Bulgaria to present to an EU member the “Palestinian narrative and expose the false Israeli narrative on the Palestinians and Hamas,” according to the Post report.

Interior Minister Tsvetan Tsvetanov, the same man who announced the result of the investigation into the Burgas bombing, said that while the Hamas members had entered the country with regular visas, during their stay “information was received which gives reasons to believe that their presence poses a serious threat for national security.”

The director of the Bulgarian Center for Middle East Studies, Mohd Abuasi, said he had invited the three Palestinians to show that Bulgaria “is not a completely pro-Israeli country.”

Abousi said that the conference which the Hamas members were to have taken part in was called off after the visit was cut short.  Abousi gave a different version of the manner in which the Hamas delegates left Bulgaria.

“Due to the strong pressure by Bulgarian authorities,” Abousi claimed, “the three lawmakers decided to leave in order to spare the country an escalating of tensions.”

The expulsion of the Hamas members undermined a claim made also on Friday by Hamas official Ahmad Yousef that the Hamas visit to Bulgaria hinted at the removal of Hamas from the EU terrorism list.

Yousef claimed he had specific confidential information that EU countries had “no reservations against removing Hamas from the terrorism list,” with the exception of Germany and the Czech Republic.

Immediately after Yousef’s claim became public, however, the Bulgarian government publicly clarified that the Hamas delegates had not been officially invited and that they would not meet with government representatives, according to the Sofia news agency.

The Hamas government has issued a stern condemnation of Bulgaria for expelling their members, blaming Israeli pressure.

“We condemn this act, which reflects the scale of compliance with Zionist pressures,” Hamas government spokesperson Taher al-Nunu said.

One of the three Hamas delegates expelled from Bulgaria on Friday, Mushir al-Masri, is related to the homicide bomber who murdered 15 Jews, 8 of them children, in the Sbarro bombing in Jerusalem on August 9, 2001. 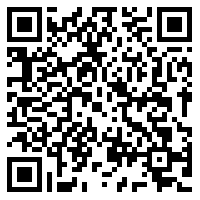