Hamas, which was ditched back Iran over its anti-Assad stance, is now back into the Islamic Republic’s and Hezbollah’s good graces, according to Lebanon’s As-Safir newspaper.

Leaders of the Hamas and Hezbollah terrorist parties have been meeting for two weeks to resume the axis of evil, or what they call the “axis of resistance,” which was at is peak before the Arab Spring rebellion in Syria began three years ago.

The axis held a stranglehold on Israel’s northern border, while Hamas was threatening from the south – until everything began to fall apart.

Iran’s duplicity became clear to everyone except its Russian and Chinese backers; rebels in Syria pushed Assad into a do-or-die battle that rages until today, and Hezbollah’s participation in Assad’s war against the rebels has left it less popular in Lebanon.

Erdogan ran away as fast he could from Assad and Ahmadinejad, and the military coup in Egypt has deprived Hamas of tis former Muslim Brotherhood ally, leaving it desperate for backing. No one is around anymore except Iran Hezbollah.

As Safir left a huge blank space concerning how the renewed alliance will show its strength, but they all have one common denominator that still binds them – the desire to destroy Israel. 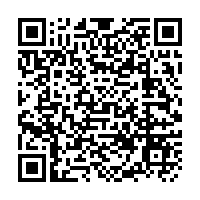