Israel’s Health Ministry reported Saturday night there were 7,851 confirmed cases of COVID-19 across the country, with an increase of 423 new cases from Friday.

At least 734 patients are hospitalized; 165 are in fair or “moderate” condition and 126 are in critical condition, with 108 sedated and on ventilators.


Another 702 patients are in dedicated hotels for those in good condition with a mild form of coronavirus; 1,251 more have been diagnosed but are awaiting a decision on where they should go.

Sadly, eight Israelis have died since Friday, bringing the national death toll to 44.

Closures to Contain Spread of COVID-19
The government implemented a closure Friday on the strictly Orthodox city of Bnei Brak, where at least 1,132 residents were diagnosed with the virus. It was estimated by Maccabi HMO director Prof. Ran Sa’ar that approximately 38 percent of the population in the city is infected.

A lockdown was enforced this weekend, with roadblocks at all entrances and exits from the city to prevent residents from leaving except under special circumstances. Police are using electronic means to monitor and enforce the lockdown, including drones.

The strictly Orthodox city of Elad also came under lockdown as of Friday morning.

Also under discussion by government officials are the cities of Modi’in Illit, Migdal Ha’emek and strictly Orthodox neighborhoods in Jerusalem and Beit Shemesh.

In addition, there are discussions about imposing closures on the cities of Ashkelon and Tiberias as well – neither of which is Orthodox, but both of which have developed a rapid rise in the number of cases of COVID-19.

In the US ‘One of the Greatest Tragedies’
Jews in New York, New Jersey and elsewhere in the US have been warned repeatedly to stay at home and respect the lockdown restrictions implemented by the city and state governments. There is good reason for that.

In New York, 941 people have died outside New York City, bringing the state coronavirus death toll to 3,565. Governor Andrew Cuomo said on Saturday at his daily briefing the number of new cases of the virus had risen by 10,841 to reach a state total of 113,704.

In New York City alone there are 63,306 residents who are ill with the virus, the governor said.

New Jersey Governor Phil Murphy said at his briefing on Saturday that COVID-19 has taken nearly 100 more lives of New Jersey residents than were lost in the “9/11” Al Qaeda terror attack on the World Trade Center in 2001. “This pandemic is writing one of the greatest tragedies in our state’s history,” Murphy said at the Saturday afternoon briefing.

In the 24 hours since Friday, New Jersey reported 4,331 new cases of the virus, bringing the total to 34,124. There were 200 new deaths, raising the death toll to 846. Murphy ordered flags across the state to fly at half-staff indefinitely to commemorate those who died from the virus.

Today, our flags are flying at half-staff in the memory of all who have been lost, and for all the families who have been impacted by #COVID19.

They will continue to fly at half-staff throughout the duration of this pandemic.

No family will be forgotten.

In Connecticut, there were 362 new cases as of Saturday, bringing the total COVID-19 coronavirus caseload in the Nutmeg State to 5,276. There were 34 new deaths over the weekend, bringing the death toll in that state to 165.

Across the entire United States on Saturday there were 309,405 confirmed cases of COVID-19, and 14,741 people who had recovered from the virus. A total of 8,430 people had died from the virus.

European Epicenter Has Moved to Spain
Worldwide, more than a million people are now infected with this virus – 1,198,811 people, to be precise, as of Saturday. A total of 64,636 have died from it. The good news: 246,165 people have recovered. 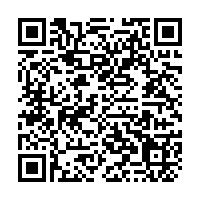