Rabbi Chaim Aharon Torzin, 48, father of 14, a resident of Bnei Brak and Rosh Yeshiva of the Or Yitzhak Yeshiva in Yehud, who had no preexisting conditions, passed away overnight Tuesday from the coronavirus at Ichilov Hospital in Tel Aviv. The hospital said the patient had been “on a ventilator for a week and even on an extracorporeal membrane oxygenation (ECMO) device, but despite the doctors’ efforts, we had to determine his death tonight.”

A 57-year-old woman who also died from the coronavirus overnight Tuesday at Hadassah Hospital in Jerusalem. She suffered from several complex and chronic preexisting diseases. The hospital said a family member was allowed to say goodbye to her, accompanied by a medical team and wearing protective gear.


The number of dead from the virus in Israel rose to 181 as of Tuesday morning. The overall number of diagnosed cases rose to 13,883, 142 are in serious condition, out of whom 113 are respirators. This represents a decline in the number of severe cases, while the number of recoveries has risen to 4,353.

The trend of more recovered than new patients continues for the fourth day in Israel on Tuesday, with 229 new patients and 481 recovered.

There was an improvement in the condition of a young man in his 20s who did not suffer from background illness, and was put in an induced coma at Ichilov Hospital after contracting the virus. The young man has now been removed from the ECMO device and is breathing on his own. He is not out of danger yet, but medical personnel say it’s an important and hopeful progress.

Good news from Hillel Yaffe Hospital: 75-year-old Eliyahu Ohana of Pardes Hana, has come out of a two-and-a-half weeks’ induced coma. The hospital’s statement reads that “Ohana met yesterday with his son Nathaniel who was excited to see his father.”

Dr. Jamil Mohsin, Director of Infectious Diseases A in Hillel Yaffe, who treated Ohana, said: “The day we decided and anesthetizing and carried it out and saw that he was responding well, was one of the happy days in our department. One of the best phone calls I ever had was to announce it to his family.”

Governor Andrew Cuomo, who is about to meet with President Donald Trump to discuss the pandemic, tweeted Monday night: “We are going through hell. When this is all over, I want people to say, we went through hell but we learned lessons and we built a better society because of it.”

This #YomHashoah we solemnly remember the six million Jewish men, women and children killed in the Holocaust. We stand in solidarity with the Jewish community, in New York and around the world, and pledge #NeverAgain. pic.twitter.com/QhgO0XKYMV

The governor also tweeted about Israel’s Holocaust Memorial Day: “This #YomHashoah we solemnly remember the six million Jewish men, women and children killed in the Holocaust. We stand in solidarity with the Jewish community, in New York and around the world, and pledge #NeverAgain.” 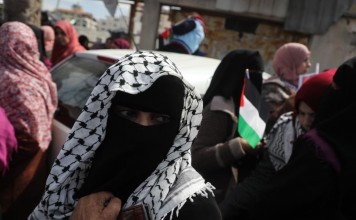 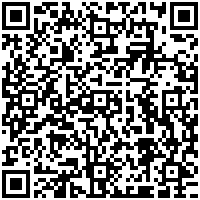