We have just completed the “season of questions.”  We have only one day ago bid farewell to a holiday that encourages us to challenge, to inquire, and to ask.  Pesach not only encourages us to ask the questions, to demand the “why,” but it tries to provide some of the answers as well.  Pesach teaches us that the Jew dialogues through questions and answers, that we learn and we grow when we challenge and we ask.

But, most recently, the tragic, unanticipated, seemingly premature passing of so many of our loves ones, friends, and Jewish communal leaders reminds us harshly that there are questions that don’t need to be encouraged, and queries that don’t have satisfying answers.


Indeed, each year at this time as we pause to contemplate the horrors of the Holocaust we need no encouragement or coercion to ask: we do so instinctively, inescapably, and inevitably.   The observance of Yom HaShoah elicits many philosophical and theological questions that challenge the very fiber of our souls.  Confrontation and acknowledgment of the evil and the horror shake our very faith.

While on Pesach we can consult textbook answers, these other questions remain vividly on our minds.

A man once approached the Klausenberger Rebbe, R’ Yekusiel Yehudah Halberstam zt’l, and asked him: “Tell me, how is it that so many of the survivors found the courage and the strength not only to survive but to rebuild, to start families, to remain positive, and to have faith in society and humanity?” The Rebbe was the correct person to ask, having rebuilt a chassidic dynasty of thousands after losing his wife and eleven children in the gas chambers.

The Rebbe answered with two words: b’damayich chayi. The young man was startled, but thought he understood. These two words that come from Sefer Yechezkel mean “in your blood, live.” The full pasuk, which is recited both at the Pesach Seder and at every bris of a Jewish baby boy, is an allusion to the time in Egypt just prior to the Exodus when the Jewish people were commanded to circumcise their males and to bring the Korban Pesach. In the merit of these two commandments, both involving blood, the nation would earn redemption and eternal life as God’s chosen people. “B’damayich Chayi. Through your blood of these commandments, live.”

So the young man commented out loud, thinking he understood that the Rebbe was referring to the ability to move on after the mesiras nefesh, the incomprehensible sacrifice and efforts they made. They had literally bled, they had lost their flesh and blood, and that mesiras nefesh earned them the ability to go on.

But the Rebbe corrected the young man. That is not at all what he had meant when he said b’damayich chayi. The secret, the formula to the courage of the survivors, came from a different source.

In this week’s parsha, Shemini, we read of the tragic, seemingly premature death of Aharon’s sons Nadav and Avihu. Moshe, feeling the profound pain of his brother, tried to comfort him: “vayomer Moshe el Aharon hu asher dibeir Hashem leimor bikrovei ekadeish v’al p’nei chol ha’am ekaveid, this is what God meant when He said, with those closest to Me will I be sanctified.” Rashi comments that Moshe was telling Aharon, I knew that this Mishkan was going to be sanctified by those closest to Hashem and I thought it would be me or you. Now I see that they, your sons, are greater than both of us.”

Moshe tries to give some meaning, some context. He attempts to provide an answer or explanation to this profound tragedy and loss.

And what was Aharon’s response? The pasuk concludes, “Va’yidom Aharon, and Aharon was silent.” Moshe’s words were met with silence—complete, utter, and total silence.

We don’t know the source or root of the silence. Perhaps Aharon was so devastated he had nothing to say. Perhaps he had such deep faith that he felt no need for answers. We don’t know.

But, said the Klausenberger Rebbe, we do know that Aharon’s silence allowed him to continue to function, to be positive, and to continue his mission. He turned to the man and said, you asked how we rebuilt our lives – it is simple. B’damayich chayi, with damayich, with the “va’yidom” of Aharon, with silence we continued to have a life. There are no answers or solutions to devastation and unthinkable tragedy.  We cannot, we must not get caught up on trying to understand but instead focus on what we need to do now.  The silence allows us to be positive, to be upbeat, to have faith in the world and to go on. For some of us it is a silence of submission. For others a silence of doubt. And for yet others a silence of protest.

Elie Wiesel was once asked, “Is there a tradition of silence in Judaism?” “Yes,” he answered. ”But we don’t talk about it.”

As Pesach taught us, questions are not only legitimate, but encouraged and welcomed.  Answers, however, are not always as easy to come by.  When we recall the horrors of the Holocaust, when we face the recent tragedies in the world, let us find strength by grabbing on to the silent faith of the Klausenberger Rebbe and so many others survivors, who despite all that they endured, never stopped living by the credo of b’damayich chayi. 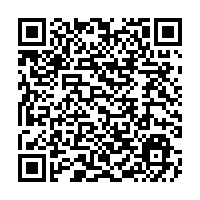