Manufacturers, states, and the federal government are currently rolling out the first Covid-19 vaccines. While the initial challenge is getting vaccines delivered and administered, at some point there will likely be enough vaccines for all who want them. To conquer Covid-19, we need at least 70% of the population vaccinated, and higher is better. If not enough people choose to get vaccinated, at some point states or private employers would likely consider mandates. Would those states or employers have to provide religious exemptions to those who want them?

Three points are important to keep in mind. First, religious freedom is not unlimited, and while some exemptions may be available, there could be limits in the interest of public health. Second, not every objection to vaccines qualifies for a religious exemption. And third, for employers, a religious exemption may not mean treating the exempt employee like everyone else.

It’s worth distinguishing between states and private employers for purposes of this discussion. States – as well as public employers – are government actors, and as such, subject to the federal (and state) constitution. That means that vaccine requirements put in place by states need to respect constitutional limits. Still, those limits are not absolute.

During the 2019 measles outbreak in New York, New York City imposed a general MMR mandate on some neighborhoods. If you lived in the affected area and did not have proof that you had received the MMR vaccine (or previously had measles), you had to choose between getting the vaccine and paying a fine of $1,000. This policy was challenged in court, and was upheld, even though it provided no religious exemption. This mandate was well in line with longstanding Supreme Court jurisprudence supportive of vaccine mandates, and that jurisprudence, at least since the 1990 case of Employment Division v. Smith, did not require a religious exemption from a general, neutrally applicable law that does not target religion.

However, the composition of the Supreme Court changed in late October 2020, and with the addition of Justice Amy Coney Barrett in place of the late Justice Ruth Bader Ginsburg, the majority shifted. The new majority has already signaled that it intends to protect religious freedom more aggressively than the Supreme Court has in the past. Although the Supreme Court did not directly overturn the precedent that laws which do not target religion do not need a religious exemption, it did strike down Covid-19-related orders targeting houses of worship even when those orders had already expired (traditionally, courts do not decide a case unless a decision is necessary).

The current Court may move to requiring a religious exemption from any law that may intersect with religious beliefs, but it has not done so yet. And if it does change the precedent, it may do so in a partial way, or while allowing laws protecting public health to apply to religious people and organizations, too. Even if the court tightens protection of freedom of religion, no right is absolute. Religious freedom may still have to give way in certain narrow circumstances, such as where the risks to health and life are high enough to justify setting it aside.

At present, states mandating Covid-19 vaccines do not have to provide a religious exemption, but at some point in the future they might, at least for adults. For children, the situation is a little more complex, since the child’s religious freedom is not directly implicated, and the Constitution does not provide parents blanket permission to put their children – or the community – at risk of disease because of their own religion. At any rate, children will not be able to get Covid-19 vaccines until trials on that age bracket are done, and that will take some time.

If states do offer a religious exemption, they will run into the same challenge of preventing abuse – allowing exemptions only for people with real religious objections – that employers may have. Let’s turn to that issue.

Constitutional rights protect individuals from government, not from other private actors. So employees do not have constitutional rights against private employers. But under the Civil Rights Act of 1964, employers with more than 15 employees cannot discriminate based on a number of categories, including religion. The practical effect is that if an employee has a sincere religious objection to a workplace rule, the employer has to reasonably accommodate the employee, unless doing so would be an undue burden. There are three parts to this framework: sincere religious belief, reasonable accommodation, and undue burden. We will look at each in turn.

Neither the government nor an employer has to give an exemption unless the employee in question has a sincere religious belief. The Supreme Court has explained that there is a difference between beliefs that occupy a parallel place to the one traditionally filled by belief in G-d and “essentially political, sociological, or philosophical views.” To qualify, the belief does not have to be in a deity, but needs to fill a place parallel to that filled by belief in G-d.

In a recent case on point, the Third Circuit Court of Appeals offered a three-part test. To qualify, a belief has to address “fundamental and ultimate questions” about “deep and imponderable matters,” has to be “comprehensive in nature,” and may be accompanied by “certain formal and external signs.” This test goes beyond traditional religion, but would not include, for example, a belief that vaccines are dangerous, a belief that the government is out to harm you, or a belief that vaccine ingredients are bad, even if these beliefs were tied to a biblical verse. That would be using an isolated religious teaching to try to support a non-religious view, and it’s not enough.

On the other hand, because the focus is on the believer’s sincere belief, the belief does not have to be accepted by an organized religion. Thus, for example, an employer or state cannot demand a letter from a religious leader as evidence. A state – or an employer – can request that the employee set out the sincere belief, and can challenge its sincerity, but must be careful not to overstep legal protections by examining whether the belief is reasonable or is accepted by a religious group. The focus has to be on the individual’s belief.

Even if an individual has a sincere religious belief opposing vaccines, an employer does not have to treat that employee the same as all other employees. The employer owes the employee a reasonable accommodation, one that seeks to balance not discriminating against the employee on the basis of religion and protecting the employee and others from harm. For example, in relation to a Covid-19 vaccine mandate, an employee using a religious exemption may be required to wear extra personal protective equipment compared to other employees; may have to work in areas isolated from others or be reassigned from jobs that involve working with people to jobs that do not; or may be assigned remote work over on-site work. Courts generally look for a good faith effort by the employer to provide the employee a chance to work within the limits of the religious belief, rather than for complete acceptance of the employee’s preference.

Finally, an employer only needs to accommodate an employee if the accommodation imposes no more than a minimal cost or burden on business operations. If there are high rates of Covid-19 in a community, and the vaccine can substantially reduce the risk for the employer, the burden of exempting individuals may be considered too high to require an exemption. But that is going to depend on the circumstances, including rates of Covid-19 in the community and how many people are requesting a religious exemption; if the number is small, the additional risk from the very rare exempt employee is not that high.

In short, states and employers may, going forward, have to provide religious exemptions to vaccine mandates in some circumstances. But not every employee would qualify for those exemptions.

Finally, it is important to remember that the current data suggests that Covid-19 vaccines are highly effective, and serious harms from them are rare – and that Covid-19 is dangerous and harmful. Like other religions, Judaism values protecting life. Under these circumstances, we can hope that most people would take the vaccine, protecting themselves and others, rather than use the limited availability of religious exemptions to avoid it and risk harm to others. 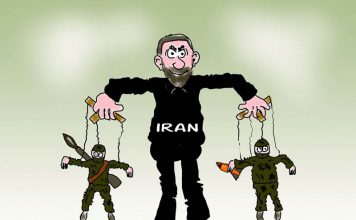 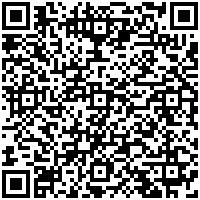