This is the third conversation between top Israeli and Russian officials in recent days.

The Israeli Ministry of Defense stated that Ganz and Shoygu “agreed to continue the important dialogue between Russia and Israel in order to maintain the security of the forces, as well as the need to promote humanitarian measures in the region”.

Ganz also mentioned “the need to act jointly against the trending manner in which the International Criminal Court (ICC) in The Hague operates, and the two concluded that it is important to continue to act to preserve the ability of states to defend themselves against terrorist threats,” the ministry stated.

These conversations between Israelן and Russian leaders took place days after reports emerged from Syria that Russian forces were searching for the remains of IDF soldiers near Damascus.

Russian troops were reportedly digging up graves in the Yarmouk cemetery near a Palestinian refugee camp outside Damascus, in an attempt to locate the remains of two Israeli soldiers who went missing during the tank battle of Sultan Yacoub in Lebanon during the First Lebanon War in 1982.

The remains of Zachary Baumel were recovered at the Yarmouk cemetery and returned to Israel, through Russia, in April 2019.

At the time, Netanyahu thanked Russian Putin and his country for assisting in the recovery and the return of the remains of IDF MIA Sgt. Zachary Baumel.

The IDF and the Russian army in Syria maintain a line of communication to prevent clashes between the two militaries. Israel warns Russian troops of a pending strike in Syria if they are in the vicinity of the attack.

Jerusalem is interested in Moscow curbing Iran’s operations in the country, as it has significant sway on the goings-on in the war-torn country. 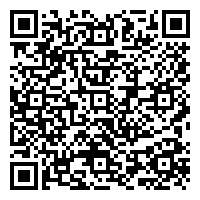