Although most of the analysts warned against the U.S. campaign to establish a Palestinian state in the West Bank in 2014, they could not agree on an Israeli alternative. Some of the analysts urged Prime Minister Binyamin Netanyahu to formulate an interim solution to the West Bank while others said relations with the PA would continue to mark a conflict that must be managed.

“Netanyahu is going through the same syndrome as did Begin, Rabin, Sharon, and Olmert,” Shmuel Sandler, the deputy director of the Begin-Sadat Center for Strategic Affairs, said. “He wants to stake a place for himself in the chronicles of the Jewish state as a contributor to a peace process.”


The center conducted a recent roundtable discussion on the Israeli-Palestinian process, which the United States wants completed by early 2014. One of the analysts said the negotiations have been complicated by the insistence of President Barack Obama to link this with Iran’s nuclear program.

“Obama, with absolutely no reasonable basis, combines the Israeli-Palestinian issue with the American-Iranian file,” Mordechai Kedar, who also consults with Israel’s government and military, said. “This way Obama can show his face in public as someone who had at least one success in the Mideast, after his failures in Afghanistan, Iraq, Egypt, Syria and more.”

Kedar, a specialist on the Arab world, warned Netanyahu against establishing a Palestinian state. Instead, Kedar, who dismissed the prospect of an agreement with the PA, said Israel should offer what he termed an “eight-state solution.”

“This involves the establishment of a council of Palestinian emirates or mini-states based on the sociology of the different clans and tribes in Gaza, Judea and Samaria [West Bank],” Kedar said. “This will give Arab leadership a firm local base with a traditional and homogeneous sociological foundation.”

The analysts also disagreed over Israel’s strategic position. Several of the analysts, including center director Efraim Inbar, said Israel, despite threats of Western sanctions, was becoming stronger economically and militarily.

But others said Netanyahu was driven by his fear of a crisis with Obama. They said time was working against Israel. “Israel’s legitimacy is a strategic asset,” Joshua Teitelbaum said. “It is getting harder and harder to convince even Israel’s supporters of the legitimacy of expanded Jewish settlement in areas that are still under negotiation for the establishment of a possible Palestinian state.” 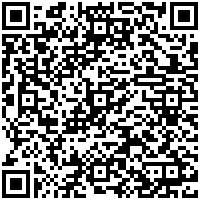