After a rowdy debate of about 58 hours, and after all the objections submitted by the opposition factions had been rejected by the plenum, the Knesset overnight Thursday passed Amendment 81 to the Criminal Procedure Law, titled Provisions Regarding the Recommendation of an Investigating Authority, 5727 – 2017, submitted by the new Coalition Chairman MK David Amsalem (Likud), who got his job so his predecessor could deal with police investigations against him.

The bill, known as the Recommendations Act, passed with 59 for and 54 against.

Before the vote, there was a vociferous confrontation between MK Oren Hazan (Likud) and MK Hanin Zoabi (Joint Arab List) Arab List), during which she called him a pimp and he informed her that he couldn’t get even a two-legged goat for her. Knesset Speaker Yuli Edelstein (Likud) removed them both from the plenum, without giving them the benefit of three calls to order. Both refused to leave and had to be dragged out by the ushers.

Coming at a time when several coalition members are in advanced stages of police investigation of corruption, including Prime Minister Benjamin Netanyahu and Interior Minister Aryeh Deri (Shas)—who has already been tried and convicted once for crimes he committed as Interior Minister, the amendment determines that when the police transfer investigative material to the State Attorney’s office, they do so without adding in writing their position regarding filing an indictment against the suspect.

The most obvious reason for such a law is that Israeli media eagerly turn those recommendations, which are made public, into a news feast which is often vague on the difference between indictments and convictions and the principle of the accused being innocent until proven guilty.

Indeed, MK Amsalem, in his capacity as chairman of the Interior Committee and coalition chairman opened the marathon debate telling opposition MKs, “The biggest bluff I have ever encountered in my life is happening right now. […] All the leftist media have been lying to the public, with your help. And you actually got involved, too, and you’re lying outright, while knowing the real facts. Some of you do not allow the facts to confuse you. […] And you continue with this crude lie with the purpose of misleading the public, who really does not know the law, they do not know what it is about. They hear from morning till night from your side of the aisle: corruption, corruption and corruption, and they begin to believe it without knowing that you are lying.”

As a rule, according to the passed amendment, the investigation material will be accompanied by the police investigators’ written position regarding the entire evidentiary foundation for charges against the suspect, however, in an investigation involving an accompanying state attorney the police may only express its opinion in response to a request by the Attorney General or the State Attorney.

The bill’s explanatory notes read: “The role of police is to investigate facts, whereas a recommendation is a subjective interpretation that crosses the boundaries into the role of the State Prosecutor’s office, which has the authority to decide on indictments while the police does not.

“The very recommendation by police whether or not to indict introduces a bias, since the prosecutor’s office, and—should there be an indictment—the court, must remain unbiased when deciding whether the evidence on hand is solid and cemented, or insufficient to establish a conviction.

“The police does not possess the knowledge nor the tools to judge the validity of the evidence, even more so when—after a lengthy and strenuous interrogation—there is insufficient evidence to establish a conviction or an acquittal.

“In many cases in which police decision to recommend an indictment was published, the suspect automatically became an accused in the public’s mind, even in cases where the case was being discussed by the State Attorney’s office for a long period of time before the final decision was made on an indictment. And so, police recommend an indictment, it effectively compels the State Attorney’s office to follow suit, despite its being entitled to make a different decision than the one recommended by police.”

Most of the debate—some 43 hours—was taken up by a kind of scheduled filibuster of the opposition members, who stood on the lectern and delivered creative speeches on a variety of topics: MK Yoel Hasson (Zionist Camp) read out messages from the public in his Wattsap account; MK Eitan Cabel (ZC) wore a yarmulke and read from the Book of Lamentations in the Yemenite tune; MK Ofer Shelah (Yesh Atid) read excerpts from Shakespeare’s Richard III; MK Meir Cohen (YA) delivered his speech in Moroccan ‘Darija’ Arabic; MK Shelly Yachimovich (ZC) lectured on Israeli tax policy and economic inequality; MK Yossi Yona (ZC) held a philosophical discussion on “From Plato to Machiavelli – Basic Assumptions in a Corrupt Government”; MK Michal Biran (ZC) devoted her speech to the history of pickled cucumbers.

The longest speech was by MK Mickey Levy (YA), who spoke for seven hours, with a half-hour break. 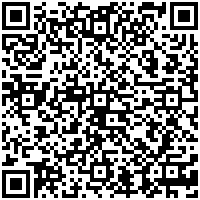