Last Sunday, Raam-Ta’al Ministers of Knesset Taleb Al-Sana and Ahmed Tibi participated in the International Conference for Defense of Jerusalem in Qatar. There, the putative representatives from Israel’s national legislature were actually listed as representing ‘Palestine’, and accused Israel of ‘Judaizing’ Jerusalem. Knesset members back in Israel were predictably appalled, and demands ranged from stripping the Arab MKs of Knesset privileges, to expelling them entirely.

This episode is the most recent in a familiar pattern, whereby Arab MKs lead or participate in anti-Israel incitement and conduct; the nationalist camp in the Knesset drafts and proposes a bill to punish such border-line seditious behavior from an MK; the Arab MKs – joined by a melange of human rights groupies, EU officials, and maybe even a US state department official – raise a clamor over the ‘erosion of Israeli democracy’, and throw out key words like “fascism,” “racism” and “apartheid” for good measure; and finally, the proposed bill gets voted down, or sent back to the legislative committees from whence it came – to be defanged, denuded, and only then enacted. Alas, even the bills that pass into law are rarely invoked to prosecute an offender.

Somehow, this pattern manages to take place under the shadow of the ‘Basic Law: The Knesset and the Law of Political Parties’, which states that a political party “may not participate in the elections if there is in its goals or actions a denial of the existence of the State of Israel as the state of the Jewish people, a denial of the democratic nature of the state, or incitement to racism.” It goes without saying that only an anti-Zionist could deny that Israel is the nation-state of the Jewish people – “the Jewish state”. And so, to hear members of Israel’s Knesset decry the concept of a Jewish state as “racist” is certifiably shocking and grounds for exclusion from the Knesset.

An exhaustive account of anti-Israel comments and conduct by Arab MKs would require an article of its own, but a review of news clipping from the first couple months of 2012 sheds enough light on the matter. Beyond his trip to Qatar, Tibi has been busy praising ‘martyrs’ at a Palestinian Authority event, and proposing a bill in the Knesset that sought to have Jerusalem recognized as the capital of a proposed Palestinian state. Raam-Ta’al MKs Ibrahim Sarsour and Masud Ghnaim were reported to have met with Hamas officials late in January, as was Balad MK Hanin Zoabi of Mavi Marmara fame. Zoabi has also been quoted as supporting Iran’s pursuit of nuclear weapons because she “need[s] something to balance its [Israel’s] power.” Suffice it to say, these individuals self-identify as Palestinians, and believe that they represent the interests of ‘Palestine’, not those of Israel; rather, they often and unabashedly reject the concept of a Jewish State.

Against this backdrop, MKs from the other side of the political spectrum have tried mightily to combat the assault that these Arab MKs have waged on their mutual employer – the Jewish state. In May 2010, the Knesset approved a bill revoking the citizenship and resident status of anyone engaged in espionage or treason against Israel. The bill came in the wake of the revelation that Azmi Bishara, the former Chairman of Balad and MK, fled Israel after an investigation was opened into allegations that he supplied information to Hezbollah during the Second Lebanon War. In October of the same year, the Israeli cabinet approved a loyalty oath bill that would have required all future non-Jewish applicants for Israeli citizenship to swear loyalty to Israel as a Jewish and democratic state. Soon after the condemnations and fury against this “mega-racist” bill had been registered, PM Binyamin Netanyahu ordered his Justice minister to extend debate on the bill and amend it so that the loyalty oath would apply to both Jewish and non-Jewish citizens of the state.

The ‘Nakba Law’, passed by the Knesset in March 2011, is a measure penalizing non-governmental organizations that publicly commemorate the ‘catastrophe’ that was Israel’s independence. The law is actually a derivative of an earlier proposed bill that would have made participation in Nakba Day events punishable by three years’ imprisonment. This bill died in its early readings after the predictable uproar over the infringement on “freedom of speech” had reached the Knesset plenum.

All of the above bills were genuine attempts to push back against the consolidated and sustained attack by the Arab delegitimization caucus in the Knesset, but they fall far short of stemming the corrosive consequences of its agenda. Such temporary salves are applied because the Knesset in its current formulation forgoes serious, lasting responses for fear of international condemnation. Even the stiffer laws – like the Bishara Law – are rarely, if ever, invoked, while the laws on the books against sedition and treason are so vague that virtually no one has been prosecuted for them, much less MKs that possess parliamentary immunity.

The damage caused to the Jewish state by these overtly hostile Arab leaders is far greater than a mere rhetorical assault on Israel’s raison d’etre. On the most basic level, the Arab MKs behavior undeniably incites continued hatred and real violence. They perpetuate wildly irresponsible falsehoods, using the national legislature as their broadcast booth. These Arab MKs are ‘leaders’, individuals that people listen to and follow. The appalling reality that prevails on the Mount of Olives – where Jews are attacked and graves desecrated on a regular basis – flows directly from the persistent incitement by Arab MKs (helped by official Palestinian Authority sources of course) against Israel’s ‘pernicious attempts’ to ‘Judaize’ Jerusalem. So not only are these Arab leaders in violation of a Basic Law that should mean their exclusion from the Knesset, they are also guilty of complicity in violence and destruction against Jews and Jewish property.

Another harmful result is more insidious, and takes place in the consciousness of Israelis. A sense of siege is experienced within Israel, as Jews have to assume the added defensive stance of encountering anti-Israel propaganda emanating from their own government organs. On the flip side, the behavior of Arab MKs engenders a greater sense of entitlement for the general Arab population, as they are emboldened by unapologetic Palestinian nationalists that rise to the highest ranks in Israeli society, only to flout the law without consequence. This sense of Arab entitlement is pervasive and manifest. It is visible in the way Jewish visitors and graves on the Mount of Olives are treated, and the way Jewish visitors are treated on the Temple Mount. When lawmakers and leaders in a state decry, deride, and deny the legitimacy of the state they represent, and such talk has a government stamp, this content becomes normalized, internalized, and mainstream; this goes for both Jews and Arabs in Israel.

The unabated stream of anti-Israel delegitimization also takes a toll on Israeli democracy. That is, it shifts the spectrum of acceptable dialogue, cheapens the political debate, and wastes precious time and resources of the national legislature. And so, almost 64 years after its establishment as a Jewish state, Israel has to contend with domestic lawmakers that are still seeking to nullify its existence. These lawmakers appear driven by the maxim that politics is war waged by other means, and Israel’s Arab leaders seek to succeed where Israel’s Arab neighbors have failed. Zoabi herself acknowledged that reframing the spectrum was the best way to attack Israel: “Balad’s concept, which rejects the ‘Jewish state’ idea, is the only idea that can remove Lieberman from the circle of political and moral legitimacy…When you agree with the ‘Jewish state’ idea, you necessarily agree with the idea of loyalty to this state. Rejecting the ‘Jewish state’ concept will block the road for anyone who demands our loyalty to such a state.”

Simply put, it is patently absurd for individuals that deny the legitimacy of the state they reside in to simultaneously legislate for that state. Would another country in the acquiescent and progressive Western world tolerate such a state of affairs? Is there even a modern analog to serve as precedent? For the sake of comparison, it would be like an American congressman whose platform centered on the repeal of the US constitution, or a British MP declaring that the royal family as an institution should be eliminated.

Clearly, the situation is untenable and the status quo unsustainable. Something’s gotta give. Despite all the harm these Arab MKs cause to Israel, they do it one service: they force Israel to deal with the nagging and critical question about the right balance between its Jewish character and its commitment to democratic values. With every word of incitement and every meeting with a hostile neighbor, they inform Israel of its choice: Will it be a state that reflects the particularist religious and national character of the Jewish people or just another Scandinavian-style, universalist democracy that happens to be composed of a (shrinking) majority of Jews? 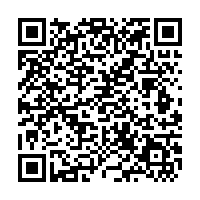