The first sought to have Jerusalem recognized as the capital of a proposed Palestinian state. The second would ban the term “gangs” to describe Arabs who fought Jews before Israeli independence, and replace it with the word “fighters” in school books.

Likud MK Danny Danon voiced his outrage over the second bill, saying that approving “a law that accords honor to the murderers in the Arab gangs that tried to prevent the establishment of the State of Israel, by defining them as ‘fighters’, would demean the founders of the State of Israel and the Knesset.” 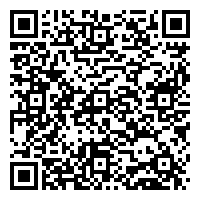