Doval argued that the idea of such a convention was first mooted by the National Democratic Alliance government in 2001 but it did not take off, for countries such as Pakistan would not agree to describe groups they wanted to call “freedom fighters” as terrorists. He lamented that  “ those days, no one saw India’s point of view on Afghanistan and Pakistan.  Osama bin Laden’s capture in Pakistan has changed that.”

I wish New Delhi would not waste its time on any such idea . A global convention on terrorism is very unlikely to receive genuine support from most of the states – the Organization of Islamic Countries, in particular – in the world today . They have had a very backward, reactionary socio-economic and political agenda. They would never like a pluralist, democratic India to flourish in the world and be a model for their citizens to overthrow their own oppressive anti-rights regimes .


Experience is the United Nations—an international forum —- has not been a solution to Islamist terrorism in Kashmir or any other part of India. It has rather proved to be harmful to India on Kashmir. It passed a resolution of ceasefire ( December 31, 1948) dividing the state . The 1951 UN resolution provided for a referendum under the UN supervision after Pakistan withdrew its troops from the part of Kashmir under its control. But it never pressurized Pakistan to honour its part .

It may be recalled that even the legendary moralist Prime Minister Nehru got disillusioned over the conduct of the UN system . He wrote in a letter to his sister and then Indian Ambassador to the then Soviet Union Vijaylakshmi Pandit in February 1948 : “I could not imagine that the Security Council could possibly behave in the trivial and partisan manner in which it functioned. These people are supposed to keep the world in order. It is not surprising that the world is going to pieces. The United States and Britain have played a dirty role, Britain probably being the chief actor behind the scenes.’

Finally, I would say , New Delhi, like Jerusalem, must fight Islamist terrorism on the ground without any delay. To those who still argue for the path of dialogue to combat this evil I would say it is a luxury New Delhi could hardly afford.

Indian PM: Our Army as Brave as the IDF

An Only in Israel Story from India 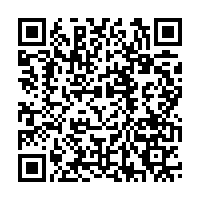