India’s Prime Minister Narendra Modi on Tuesday praised his country’s Special Forces paratroopers, which crossed the Line of Control (LoC) in Kashmir in late September, carrying out “surgical strikes” against terrorist camps in the Pakistan-occupied Kashmir. Modi said proudly that the Indian troops were as good as the IDF.

“Our army’s valour is being discussed across the country these days,” Modi told a rally at Mandi in Himachal Pradesh, according to The Telegraph. “We used to hear earlier that Israel has done this, now the nation has seen that the Indian army is no less than any other.”


Retired Brigadier Gurmeet Kanwal, of the Institute for Defense Studies and Analyses (IDSA), told The Financial Express of India he believes the Indian Army is better than the IDF, because it has had to deal with a better organized enemy and tougher terrain. “In my opinion, what the Indian Army did was far better than an Israel Army operation. Across the LoC, what the Indian Army has to face the a regular, well-organized army of Pakistan. The situation is completely different from that of an Israel Army operation. Our Army had to find gaps in Pakistan’s Army’s forward positions to conduct those surgical strikes,” Kanwal told FE Online.

“Also, in India’s case the terrain involved was jungle-mountain. Israel mainly has conflicts with Palestine and with terrorists in Lebanese territory. So, to that extent it is a fight on plains,” he noted. “So yes, the Prime Minister was right in conceptually comparing the strikes of the two armies, in fact it is a good comparison. But, as I pointed out, given the extremely tough terrain and the Pakistan Army that had to be faced, I think it is remarkable that the Indian Army came back without any casualties. In that sense, our operation was actually better,” Kanwal concluded.

India and Israel have increased military and intelligence cooperation since the rise of Islamic terrorism in both countries. In December 2009, IDF Chief of Staff Lt. Gen. Gabi Ashkenazi visited India and pledged to help India in fighting terrorism. In March 2011, PM Modi’s government announced plans to purchase $1 billion worth of Rafael Advanced Defense Systems Spike anti-tank missiles, launchers, training simulators and peripheral equipment. In September 2015, the Indian government announced the purchase of 10 Heron TP drones from Israel Aerospace Industries. In October 2015, The Pioneer reported that India and Israel were planning to hold their first joint military exercise. 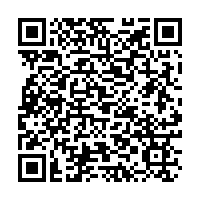