The Philadelphia 76ers’ annual Jewish Heritage Night will be presented for the first time by the Jewish Federation of Greater Philadelphia on Monday at a game with the San Antonio Spurs at 7:00 p.m. (EST).


At halftime, a special rendition of the HaTikvah, will be sung by Ashley Colabella, and local Jewish war heroes Sol Goldstein, Bernie Lens, Allan Silverberg and Alan Vogenberg of the Fegelston-Young-Feinberg Post 697 of the Jewish War Veterans of the U.S. will be honored at center court for their service.

Kosher food will be available, but there will not be a booth for Aliyah.

Speaking of aliyah, wouldn’t it have been nice if the 76ers and the Federation had hosted an Israel night last February,when Miss Israel, Yityish Aynaw was introduced to the Philadelphia 76ers during their practice, as in the video below the picture of Miss Israel? 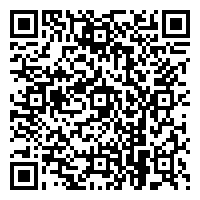