For the record, I have to state that I don’t think Rabbi Shmuel Eliyahu, currently the chief rabbi of Tsfat and a major candidate for Sephardi chief rabbi of Israel, will make a good chief rabbi. He just doesn’t have the sophistication and familiarity with the culture at large that’s a crucial prerequisite for the job.

I also vehemently disagree with his position on Jewish-Israeli relations. Rabbi Eliahu has famously ruled that people should not rent their apartments to Arab students in Tsfat, and that people should also not sell land to non-Jews. “In Tsfat the halachic ruling worked, praise God,” he was recently quoted in Ha’aretz, adding that “neither the religious nor the secular” sell apartments to Arabs in his city.

I disagree with the good rabbi because I don’t think Torah forbids selling or renting to non-Jews. I think he is doing damage to the reputation of religious Judaism by substituting his own nationalistic thinking for our tradition of protecting the monotheistic stranger.

Having said that, I am appalled by the notion that a rabbi, or any person, really, would be summoned to an interrogation of his views by the state’s attorney general, in order that the latter decide whether to approve his candidacy.

This week, Attorney General Yehuda Weinstein sent Rabbi Eliyahu a letter stating, “It appears that your choice to serve at the highest level is likely to be found unsuitable and to raise legal difficulties.”

Among the quotes appended to the AG’s letter was one from an interview with Arutz Sheva: “The Arab students at the Tsfat Academic College must be thrown out,” Rabbi Eliyahu told the website. “Yes I am saying this explicitly and I’m not afraid of anyone – only someone who has shifted his loyalty to the State of Israel has the right to learn.”

A week ago, Weinstein announced that he would hold a disciplinary hearing, should Rabbi Eliyahu decide to run for the chief rabbinate, because it’s a government position.

Mind you, it is well within the purview of the AG’s authority to vet a candidate for high office for whatever crimes and misdemeanors said candidate may be dragging behind him. But to disqualify a candidate for their opinions? What neighborhood of Moscow sprouted this particular gem?

I’ll be very sad to see Rabbi Eliyahu become chief rabbi, because I believe he will play right into the hands of the anti-Haredi media, and just add more reasons for secular Israelis to be disenchanted with the institution of the rabbinate altogether. Anything he will say will be misinterpreted without the benefit of context. He will do harm to the image of Judaism in the public at large, enhance the chasm between secular and religious Jews, and will still not understand what’s all the commotion. This is why I’m delighted that Jewish Home Pensioner Affairs Minister Ori Orbach and MK Nissan Slomiansky are against his nomination. But, alas, the rest of the faction supports him, because they figure that’s what their settler constituency wants. I’m not so sure it’s true.

But the intimidation of candidates for the chief rabbinate is getting not just to Rabbi Eliyahu. On Tuesday, Holon Chief Rabbi, Rabbi Avraham Yosef, also a leading candidate for the office, and the son of Shas spiritual leader Rabbi Ovadia Yosef, was questioned on suspicion of breach of trust in granting kashrut certificates of the mehadrin type to businesses that aren’t so mehadrin.

They kept him for eight hours in an interrogation room over that one.

I’ve no idea how the lost honor and reputation of the Israeli rabbinate can be restored. Maybe they should bring back Rabbi Israel Lau, the last chief rabbi who was also a popular figure with the public at large. I think Rabbi David Stav can do a fine job on the Ashkenazi side, but I’m not sure he has the votes.

These are unhappy times for religious and secular relations in Israel. Add to the criminalization of the rabbinate vote the fact that Haredim have taken to attacking their own kind should they dare don a uniform, and you’ll have to ask yourself why would a secular Israeli have any sympathy for things rabbinic. Of course, one can also stop reading the news. 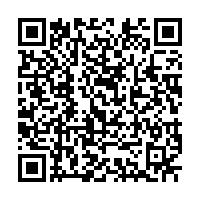