An Excerpt from “Fighting Terrorism”, 2001 Edition, by Benjamin Netanyahu, page 144.

Among the most important policies which must be adopted in the face of terrorism is the refusal to release convicted terrorists from prisons. This is a mistake that Israel, once the leader in anti-terror techniques, has made over and over again.


Release of convicted terrorists before they have served their full sentences seems like an easy and tempting way of defusing blackmail situations in which innocent people may lose their lives. But its utility is momentary at best.

Prisoner releases only embolden terrorists by giving them the feeling that even if they are caught their punishment will be brief.

Worse, by leading terrorists to think such demands are likely to be met, they encourage precisely the kind of terrorist blackmail which they are supposed to defuse: All that Timothy McVeigh’s compatriots need to know is that the the United States government is susceptible to releasing him in exchange for the lives of innocent hostages in order to get the terrorists to make just such a demand; only the most unrelenting refusal to ever give in to such blackmail can prevent most such situations from arising. 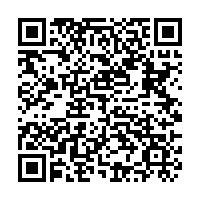