The 78-year-old Sheik was revered by Islamists in Egypt in the early 1980s, to the point where he was charged with involvement in the 1981 assassination of Egyptian President Anwar Sadat. Abdel-Rahman was later acquitted of the charge, and expelled from Egypt following his acquittal. He arrived in Afghanistan in the mid-1980s and joined Osama bin Laden in the US-backed Mujahideen who fought the Soviets in Afghanistan. In 1989 Abdel-Rahman assumed control of the international jihadists arm of Al Qaeda.

In July 1990, Abdel-Rahman decided to move to New York City to head Al Qaeda’s financial and organizational infrastructure in the United States. He was issued a tourist visa by the President Bush State Department’s consul of the US Embassy in Khartoum, Sudan, despite his name being listed on a terrorist watch list. He entered the US in July 1990 via Saudi Arabia, Peshawar, and Sudan. The State Department eventually became aware of its mistake and revoked Abdel-Rahman’s tourist visa on November 17, 1990. Nevertheless, in April 1991, he obtained a green card from the Immigration and Naturalization Services office in Newark, NJ.

After leaving the US on an overseas trip, Abdel-Rahman tried to re-enter the US in August 1991, at which point US officials noticed he was on the terrorist list and began the procedure to revoke his permanent resident status – meanwhile allowing him to enter the country, to appeal the decision. He did not appeal, and so, on March 6, 1992, the government revoked his green card – at which point the Blind Sheikh, already one of the top leaders of Al Qaeda, asked for political asylum – an appeal which, like all the rest of his successful dealings with the State Dept. were strongly approved by the CIA. Egyptian officials testified at his trial that the CIA was actively assisting him in entering the US.

Abdel-Rahman traveled extensively across north America, speaking against the US and its Jews. He even issued a fatwa encouraging US Muslims to rob banks and kill Jews in the US. He called Americans the “descendants of apes and pigs who have been feeding from the dining tables of the Zionists, Communists, and colonialists.” He called on Muslims to launch a war against the West, “cut the transportation of their countries, tear it apart, destroy their economy, burn their companies, eliminate their interests, sink their ships, shoot down their planes, kill them on the sea, air, and land.”

Abdel-Rahman preached at three mosques in the New York City area, attracting a group of dedicated followers, ne of whom, El Sayyid Nosair, assassinated Rabbi Meir Kahane. He was connected to multiple terrorist attacks in Egypt in 1993, aimed at destabilizing the country, in which more than 1,100 people were killed or wounded.

After the first World Trade Center bombing in February 1993, the FBI finally began to investigate Abdel-Rahman and his followers. An Egyptian informant recorded Abdel-Rahman saying he preferred attacks be concentrated on US military targets, but also approved of acts of violence against civilian targets. His most ambitious plan, according to the government charges, was to set off five bombs within 10 minutes, blowing up the United Nations, the Lincoln and Holland tunnels, the George Washington Bridge and an FBI building.

Abdel-Rahman was arrested on June 24, 1993, along with nine of his followers. On October 1, 1995, he was convicted of seditious conspiracy, and in 1996 was sentenced to life in solitary confinement without parole. 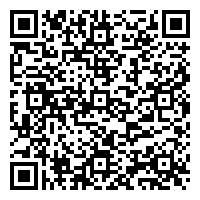