Home InDepth Analysis Israel’s Ruling Class
Share on Facebook
Tweet on Twitter
In a much discussed article in the current issue of The American Spectator titled “America’s Ruling Class,” Prof. Angelo Codevilla describes the divide between those who run the U.S. – the politicians, bureaucrats and policy establishment – and the rest of the country.

He laments, “Never has there been so little diversity within America’s upper crust.”

In his view, the American ruling class “was formed by an educational system that exposed them to the same ideas and gave them remarkably uniform guidance, as well as tastes and habits. These amount to a social canon of judgments about good and evil, complete with secular sacred history, sins (against minorities and the environment), and saints. Using the right words and avoiding the wrong ones when referring to such matters – speaking the ‘in’ language – serves as a badge of identity.”

The main unifying characteristic of the American “ruling class” as Codevilla describes it, is inexhaustible contempt for the majority of their countrymen who are not part of their clique. In his words, “our ruling class does not like the rest of America. Most of all does it dislikes that so many Americans think America is substantially different from the rest of the world and like it that way.”

Codevilla’s article focuses on U.S. domestic policy. He accuses the ruling class of purposely spending the U.S. into insolvency. He claims the goal is to aggregate power. The more Americans depend on governmental largesse for their livelihoods, the greater the power of the government to dictate norms of social and political behavior and the greater the governing class’s hold on power.

Codevilla claims Republicans are the permanent minority in the ruling class, which is naturally aligned with the Democrats. When they are in power, the Republicans repress populist and conservative voices within their ranks in order to maintain good relations with their colleagues in Democratic ruling circles. His prime example of a ruling class Republican is the first President Bush.

Codevilla quotes former Soviet ruler Mikhail Gorbachev’s retelling of a conversation he reportedly had with then-Vice President Bush about then-President Ronald Reagan. Gorbachev claimed Bush told him not to take Reagan seriously because “Reagan is a conservative, an extreme conservative. All the dummies and blockheads are with him.”

A prime example of this is U.S. Middle East policy. Regardless of its repeated failure over the course of four decades, and with ever-increasing urgency since 1988, the consensus view of the U.S. foreign policy elite has been that Israel’s size is the cause of violence and instability in the Middle East. If Israel would just contract into the indefensible 1949 armistice lines, everything would be wonderful. The so-called extremists in the Arab and Islamic worlds will become moderates. Iran, Syria, the Saudis, the Palestinians, al Qaeda, Hizbullah and the rest would abandon terror and beat their suicide belts and ballistic missiles into ploughshares.

An outstanding example of this sort of nonsense was the 2006 bipartisan Iraq Study Group’s recommendations to then-President George W. Bush. The war in Iraq was going nowhere and the considered view of esteemed Republican and Democratic policy hands was to stick it to Israel.

In the considered view of these wise men, for the U.S. to emerge from Iraq with honor it didn’t have to defeat its enemies. Instead, according to Republicans like James Baker and Brent Scowcroft and Democrats like Lee Hamilton and Zbigniew Brzezinski, all Bush needed to do was force Israel to cough up the Golan Heights, Judea, Samaria and Jerusalem. Then al Qaeda in Iraq, the Shiite militias and all the rest would shrivel up or – at a minimum – allow the U.S. to withdraw its military forces from the country without being humiliated.

The likes of Baker, Scowcroft, Brzezinski and Hamilton and their students comprise a permanent Middle East policy ruling class that endures regardless of who is in power and what their actual views about Middle Eastern realities happen to be.

But they couldn’t survive if they didn’t receive help from Israel. Given that most Americans support a strong Israel and view Israel as a vital US ally in the Middle East, they would be hard-pressed to maintain their failed and unpopular policies if they weren’t amply assisted by their counterparts in the Israeli ruling class.

Haaretz – the trumpet of Israel’s ruling class – has just given us a primer in how this sort of thing works. In an article titled “Obama Has Ways and Means to Check on Netanyahu,” military commentator Amir Oren disclosed the close collaboration between the Obama administration and a handful of hard-left retired IDF officers against the Netanyahu government.

Oren reported that ahead of Obama’s meeting this month with Netanyahu, retired IDF brigadier generals Shlomo Brom, Udi Dekel and Baruch Spiegel met secretly in Rome with retired U.S. rear admiral John Sigler, who heads the Middle East Research Institute. The purpose of their meeting was twofold. First, as Oren put it, they were asked to “clarify whether in the dispute between [the Obama administration and the Netanyahu government] Netanyahu truly represents the majority in Israel.” That is, they were supposed to tell Sigler how to drive a wedge between the democratically elected government and the Israeli voters who elected it.

Second, they were supposed to furnish Obama with arguments to reject Netanyahu’s arguments for why Israel cannot retreat to the 1949 armistice lines. As Oren put it, “When Netanyahu tells Obama there is something he can’t do because it would be the death of him, experts like the three brigadiers general can map out Israel’s ranges of flexibility to Sigler, and through him pass them along to Obama.”

Activities like those Oren reports are a permanent feature in Israel policy circles. Regardless of who is in office, the likes of Brom, Dekel and Spiegel and their leader Yossi Beilin are always working with the Americans and Europeans to force Israel to maintain allegiance to the failed land for peace paradigm.

Year in and year out, these anti-democratic and strategically demented but well paid former officials maintain what they euphemistically refer to as “track two” – contacts with their counterparts in the European and American ruling class – to force the majority of Israelis who don’t share their derangement to accept their policy dictates.

Codevilla predicts a clash between the ruling class and the ruled in the U.S. is just a matter of time. Just so, the time has come for Israelis to confront their own ruling class and develop methods for weakening its chokehold on Israel’s domestic and foreign policy.

For too long and to their unmitigated detriment, Israelis have allowed a small, unelected minority to dictate national policy. The views and loyalties of this minority – like their counterparts in the U.S. – are opposed to those of the majority of Israelis.

If Israel’s democracy is to have meaning and if the country is to be defended, Israelis need to empower their elected leaders to stand up to those – like Brom, Spiegel and Dekel -who work actively to subvert the principle of government by consent of the governed.

Caroline Glick is senior contributing editor at The Jerusalem Post. Her Jewish Press-exclusive column appears the last week of every other month. Look for her next column in the Sept. 29 issue. 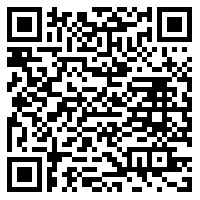